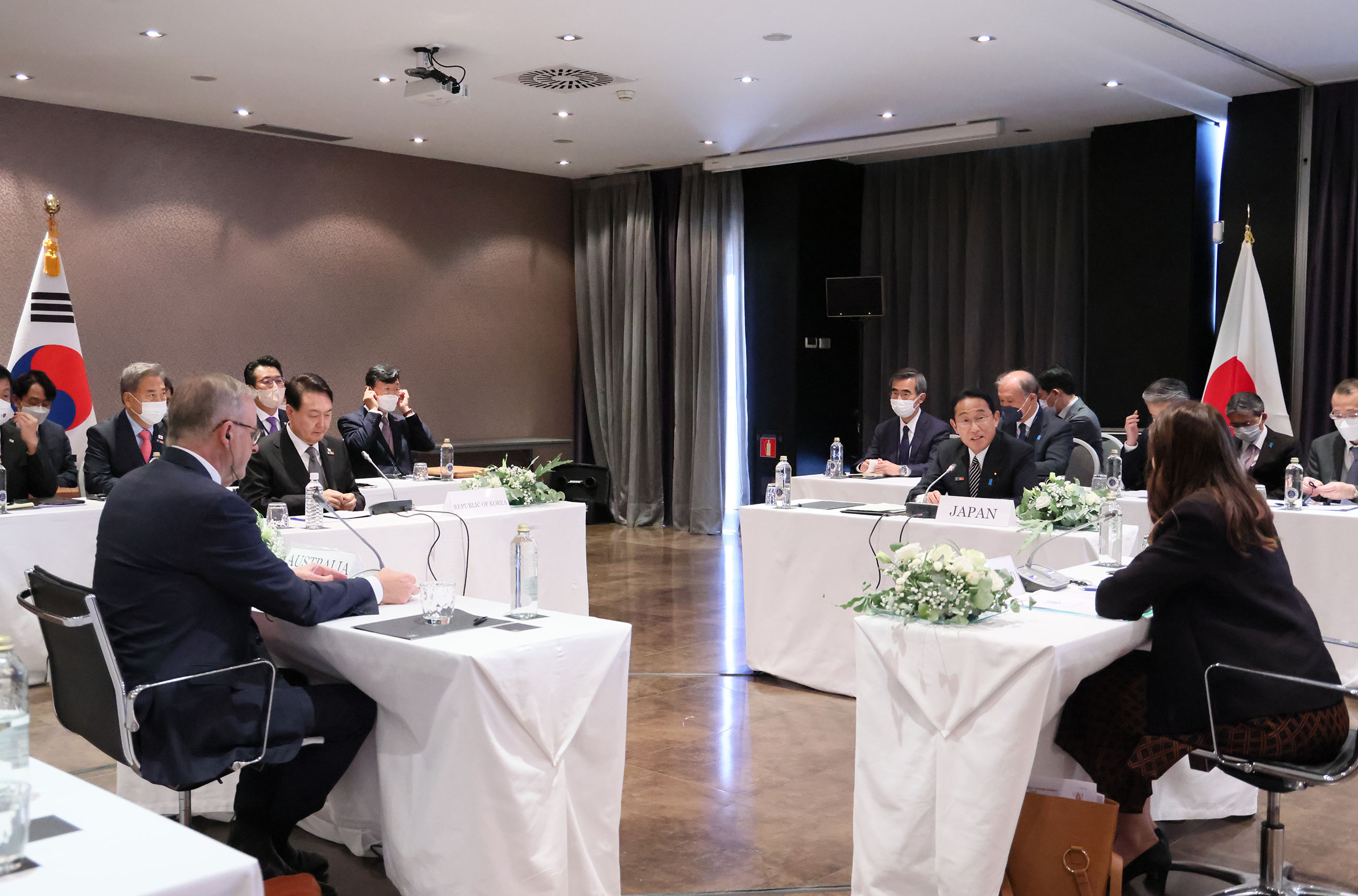 1. On June 29, commencing at 12:08 p.m. (at 7:08 p.m. JST) for approximately 60 minutes, the Leaders’ Meeting of the four Asia-Pacific partners (AP4) of the North Atlantic Treaty Organization (NATO), namely Japan, Australia, New Zealand and the Republic of Korea, was held in Madrid, Spain. Mr. KISHIDA Fumio, Prime Minister of Japan, who was visiting Madrid to attend the NATO Summit, hosted the meeting with the Hon. Anthony Albanese, MP, Prime Minister of the Commonwealth of Australia, Rt. Hon. Jacinda Ardern, Prime Minister of New Zealand and H.E. Mr. YOON Suk Yeol, President of the Republic of Korea.

2. The four leaders, prior to the NATO Summit, exchanged their views on the situation in Ukraine and its impact on the international society from the view of the Indo-Pacific region. In this regard, Prime Minister Kishida stated that Russia’s aggression against Ukraine is an outrage that has shaken the very foundation of the international order and that it is absolutely unacceptable. Prime Minister Kishida also said that unilateral change of the status quo by force is not tolerated anywhere in the world. The four leaders also exchanged their views on international affairs including the Indo-Pacific.

3. The four leaders concurred to condemn Russia’s aggression against Ukraine. Based on the recognition that the security of the Indo-Pacific and Europe is indivisible, they also shared the view that they will closely coordinate and promote their cooperation as NATO partners, making use of their respective advantages, and take the lead in deepening communication between the Indo-Pacific and NATO. The four leaders also affirmed that they will continue to communicate closely for the peace and stability of the Indo-Pacific region.