The Second Meeting of Relevant Ministers on Typhoon No. 14 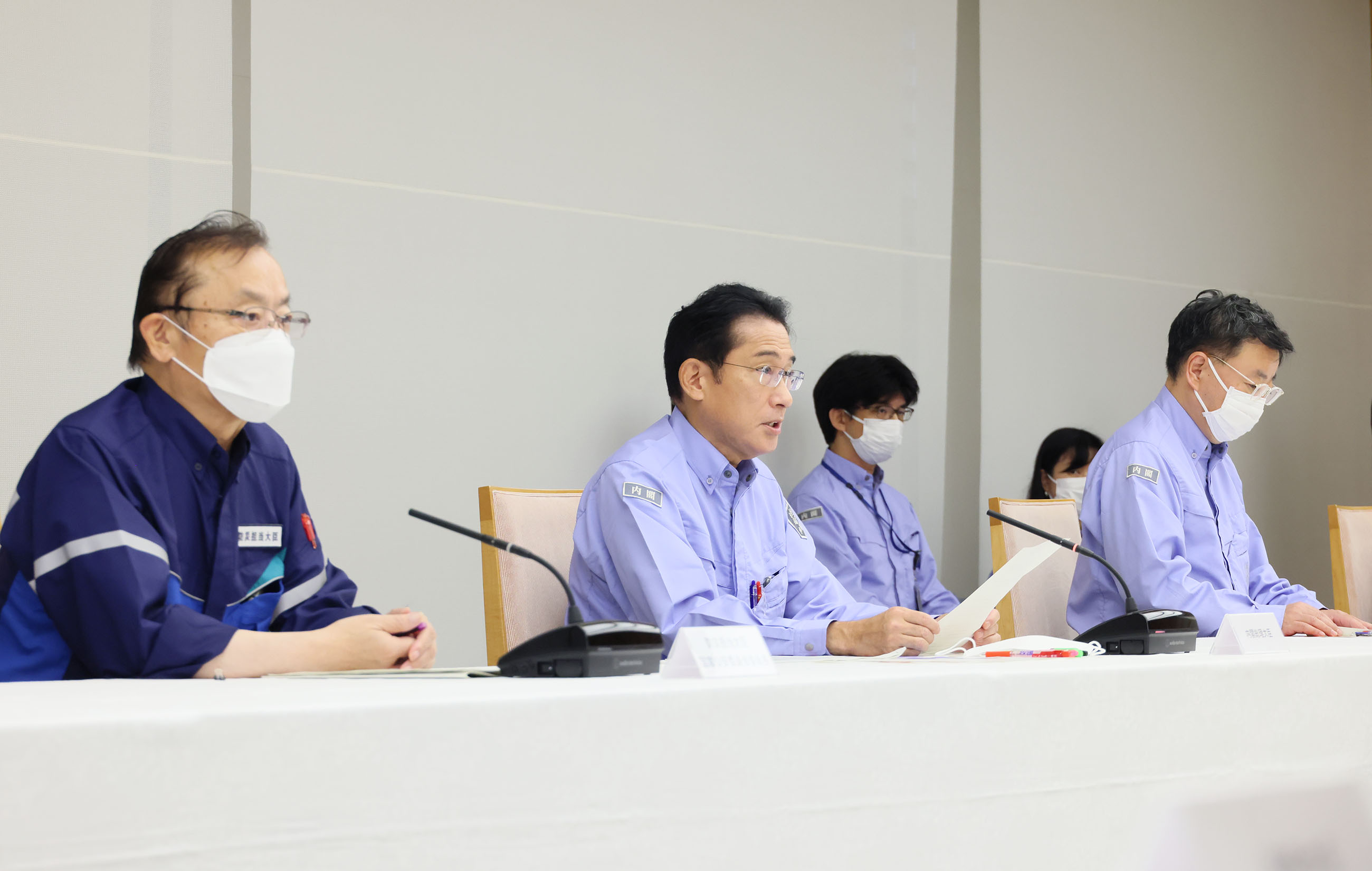 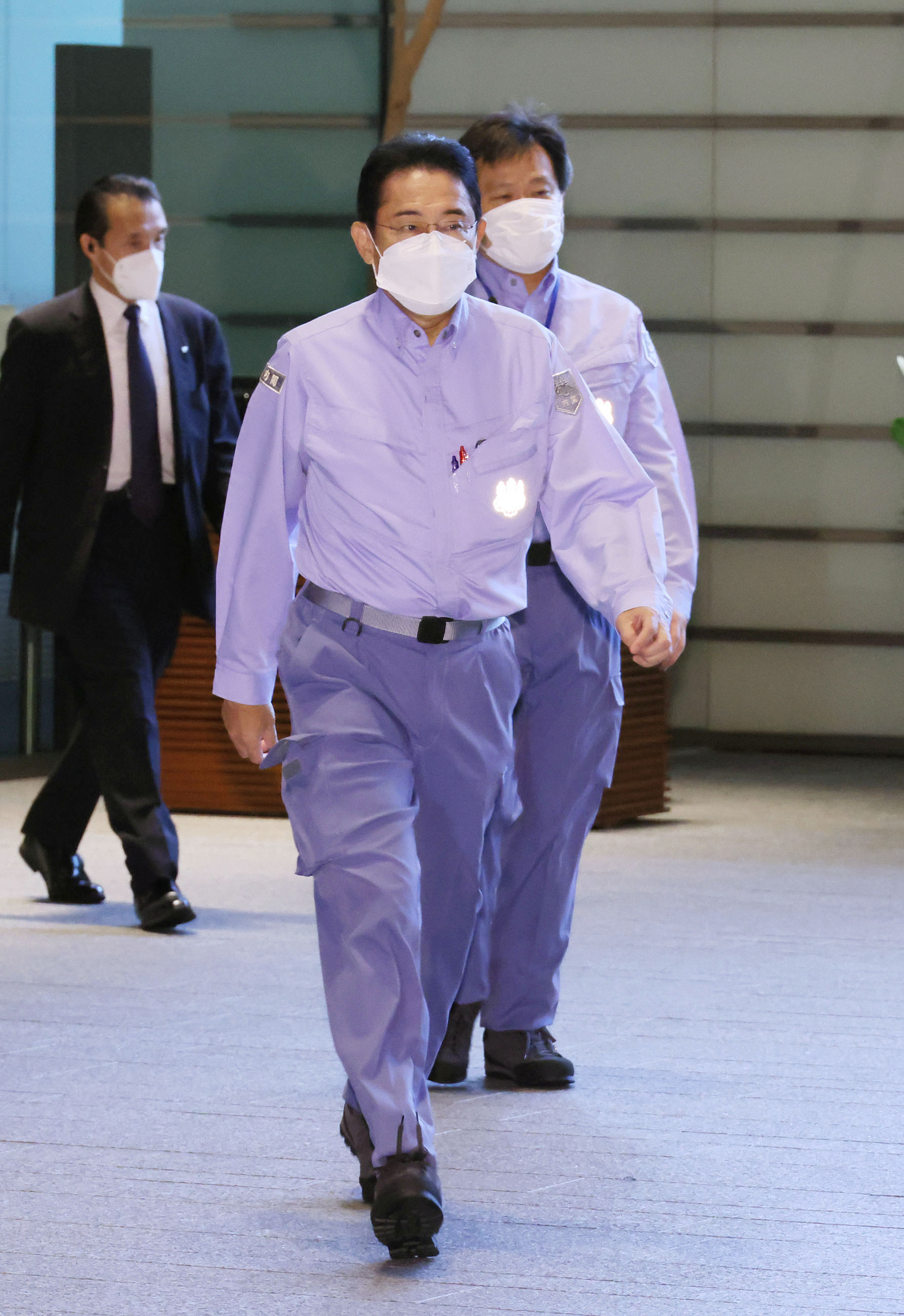 Photograph of the Prime Minister attending the meeting 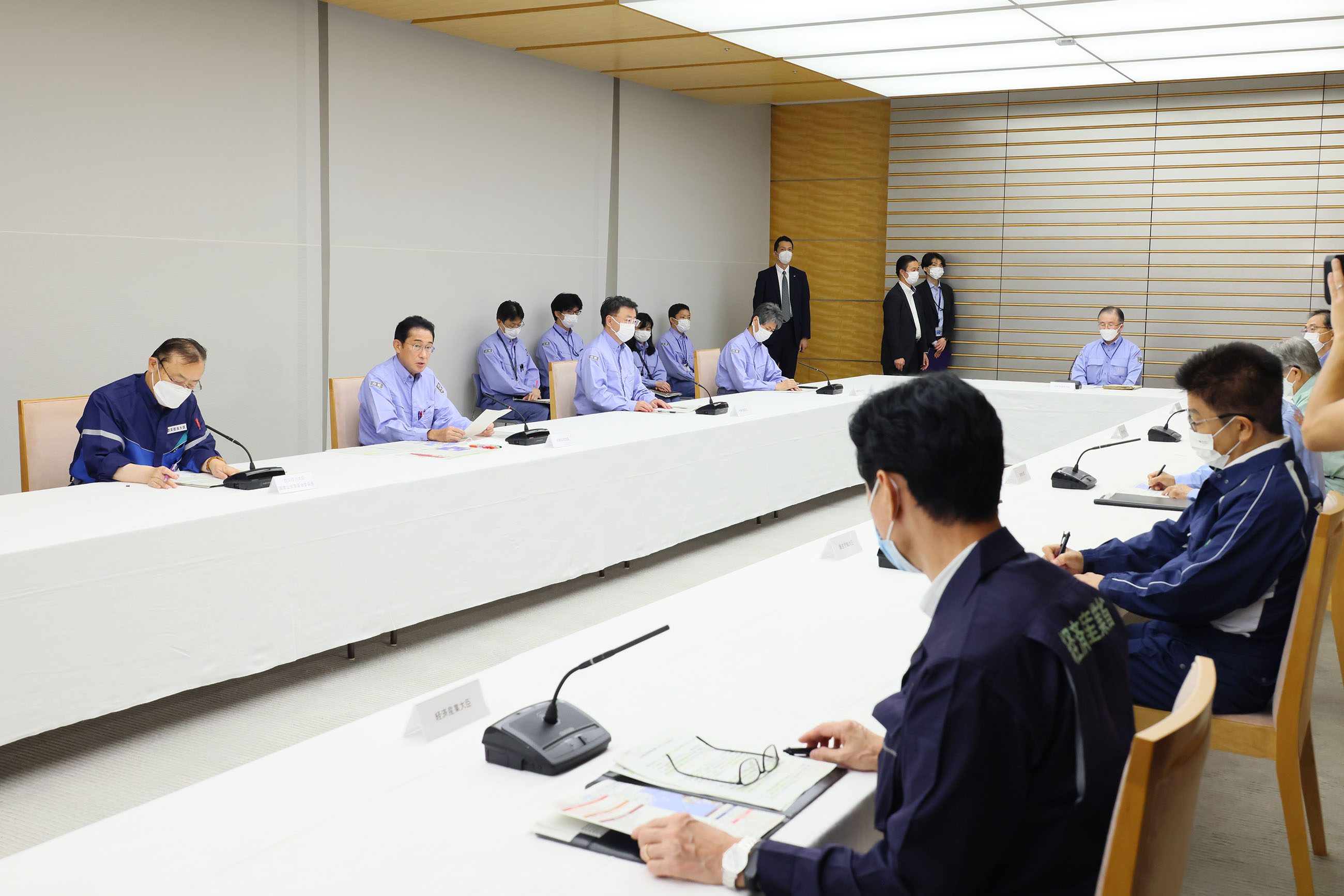 On September 19, 2022, Prime Minister Kishida held a second meeting of relevant ministers on Typhoon No. 14 at the Prime Minister’s Office.

“The heavy rains caused by Typhoon No. 14 have inflicted significant damage mainly on the Kyushu region. The situation requires continued strict vigilance against heavy rains, floods, and storm surges.

We have been informed of the damage from flooding and landslides in various parts of the country as well as a number of injuries thus far. I would like to extend my heartfelt sympathy to those affected by the disasters.

I ask each Minister to put people’s lives above all else and closely work together with local governments and relevant organizations in order to go all out to minimize damage and ensure the safety and security of the public.

While we have already dispatched TEC-FORCE members and Self-Defense Force personnel under a disaster relief operation, I request relevant ministries and agencies to swiftly send necessary personnel to the disaster-stricken areas so as to continue a government-wide response in close collaboration with local municipalities.

We must restore electricity and water supply in the disaster-hit areas as soon as possible. We have been informed that Kyushu Electric Power Company aims to achieve a 70 percent recovery by the end of tomorrow and complete restoration by the day after tomorrow except in areas difficult to enter. While keeping an eye on the impact of heavy rains and strong winds, I request you to make every effort toward the restoration of electricity and water supply at the earliest possible time.

I ask the public to refrain from non-essential or non-urgent outings and to pay close attention to the latest weather information, evacuation advisories, and other critical information.

The people should remain on the highest alert against landslides, overflowing rivers, and other disasters as well as take early actions that will save lives.”