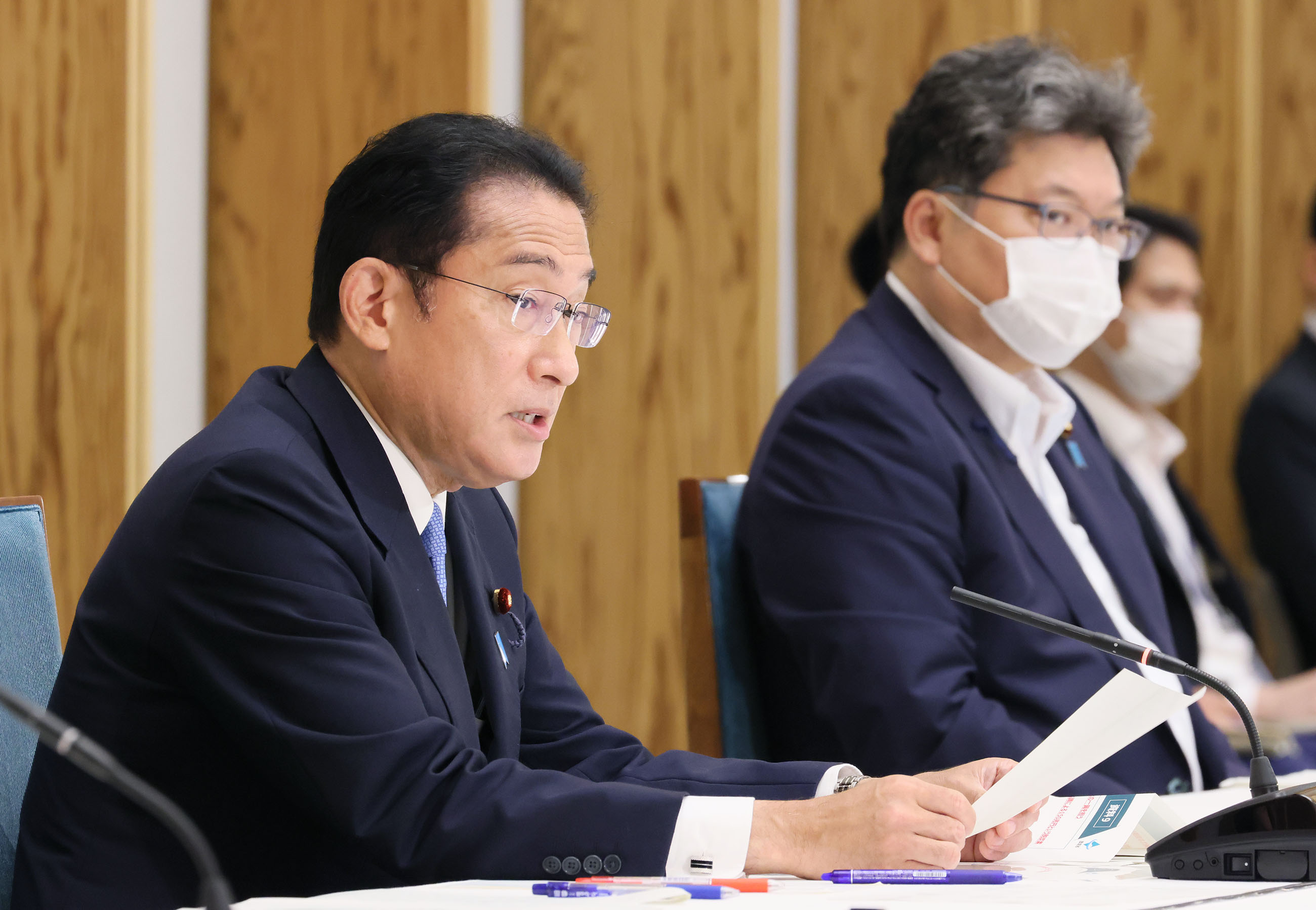 Photograph of the Prime Minister wrapping up a meeting (1) 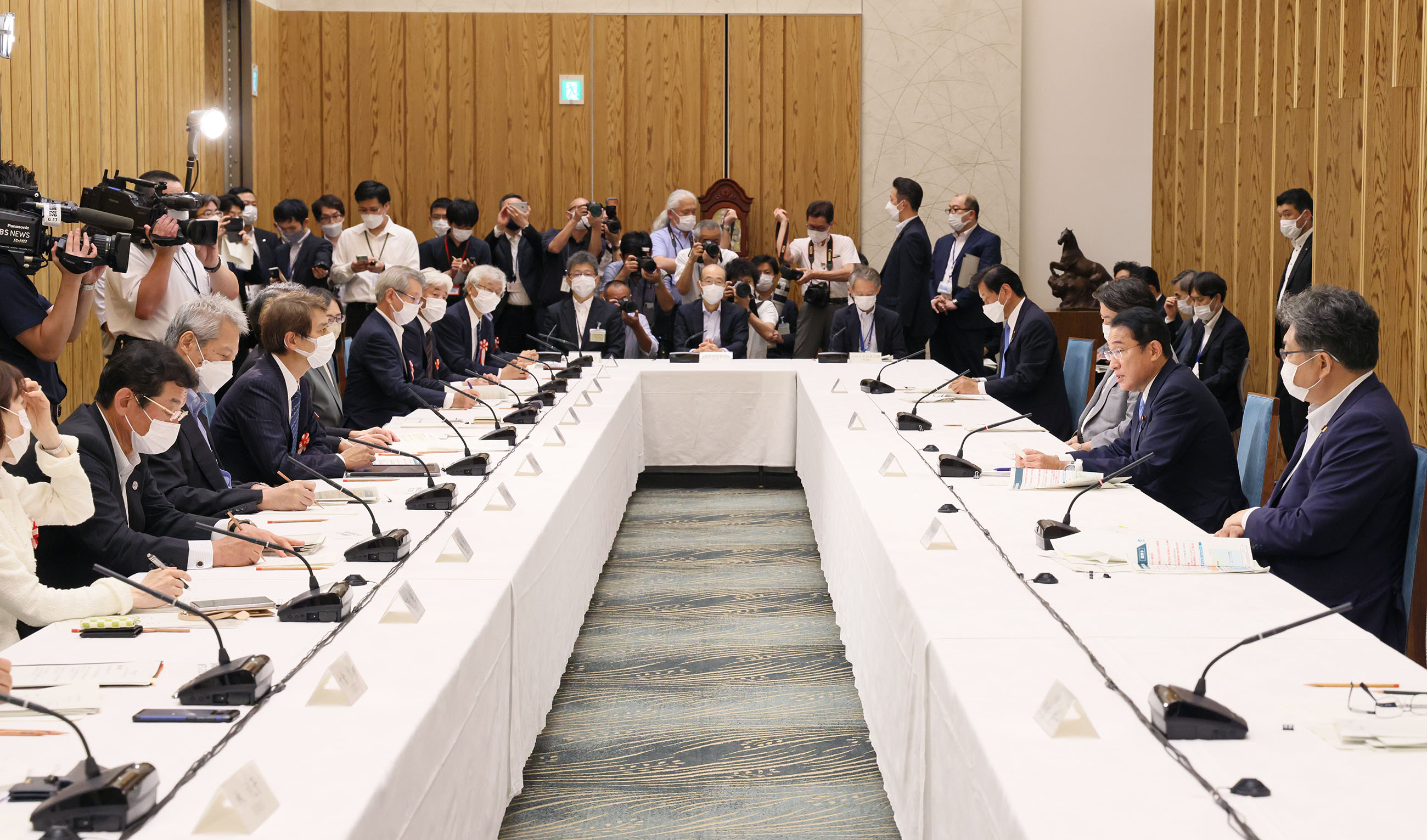 Photograph of the Prime Minister wrapping up a meeting (2) 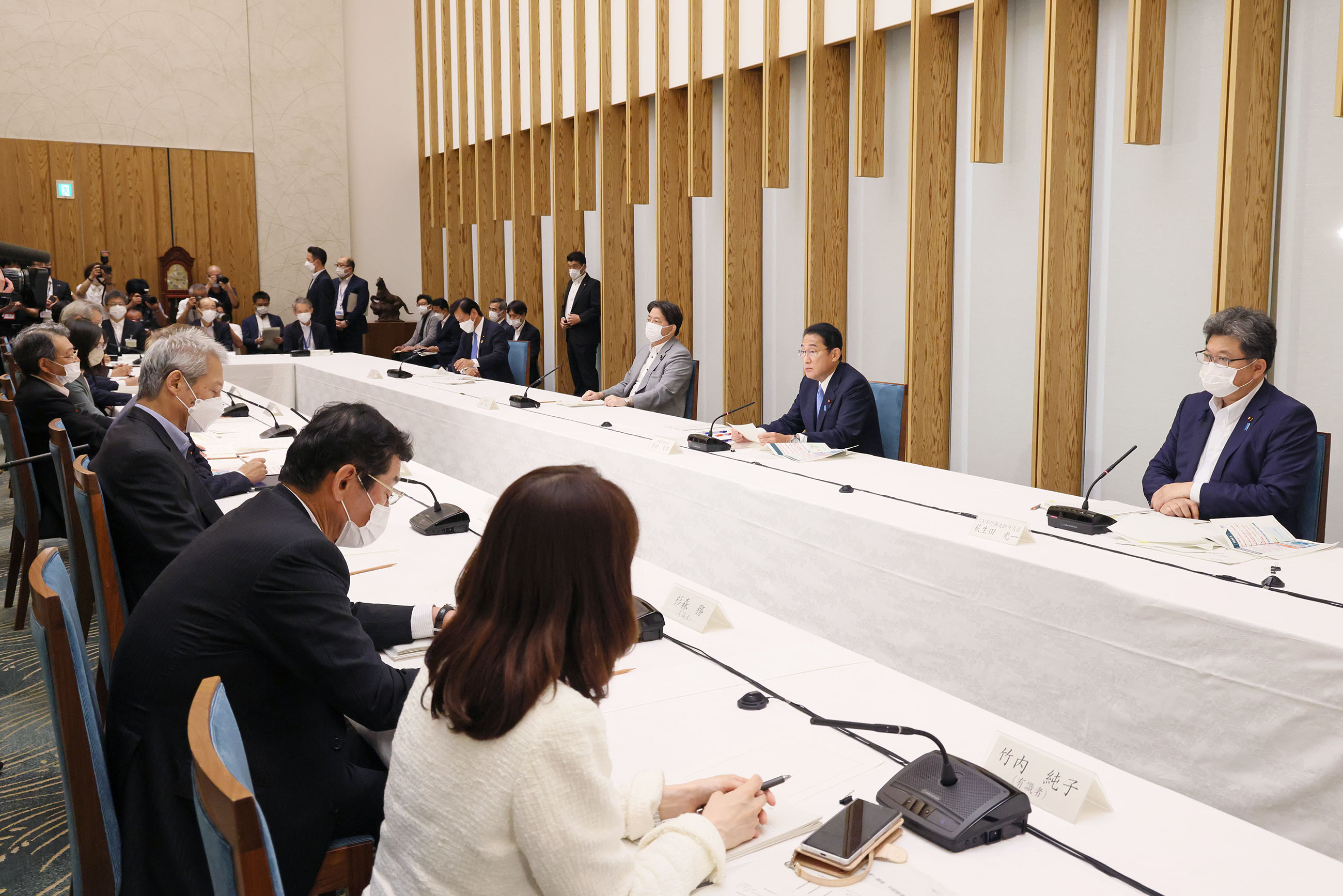 Photograph of the Prime Minister wrapping up a meeting (3) 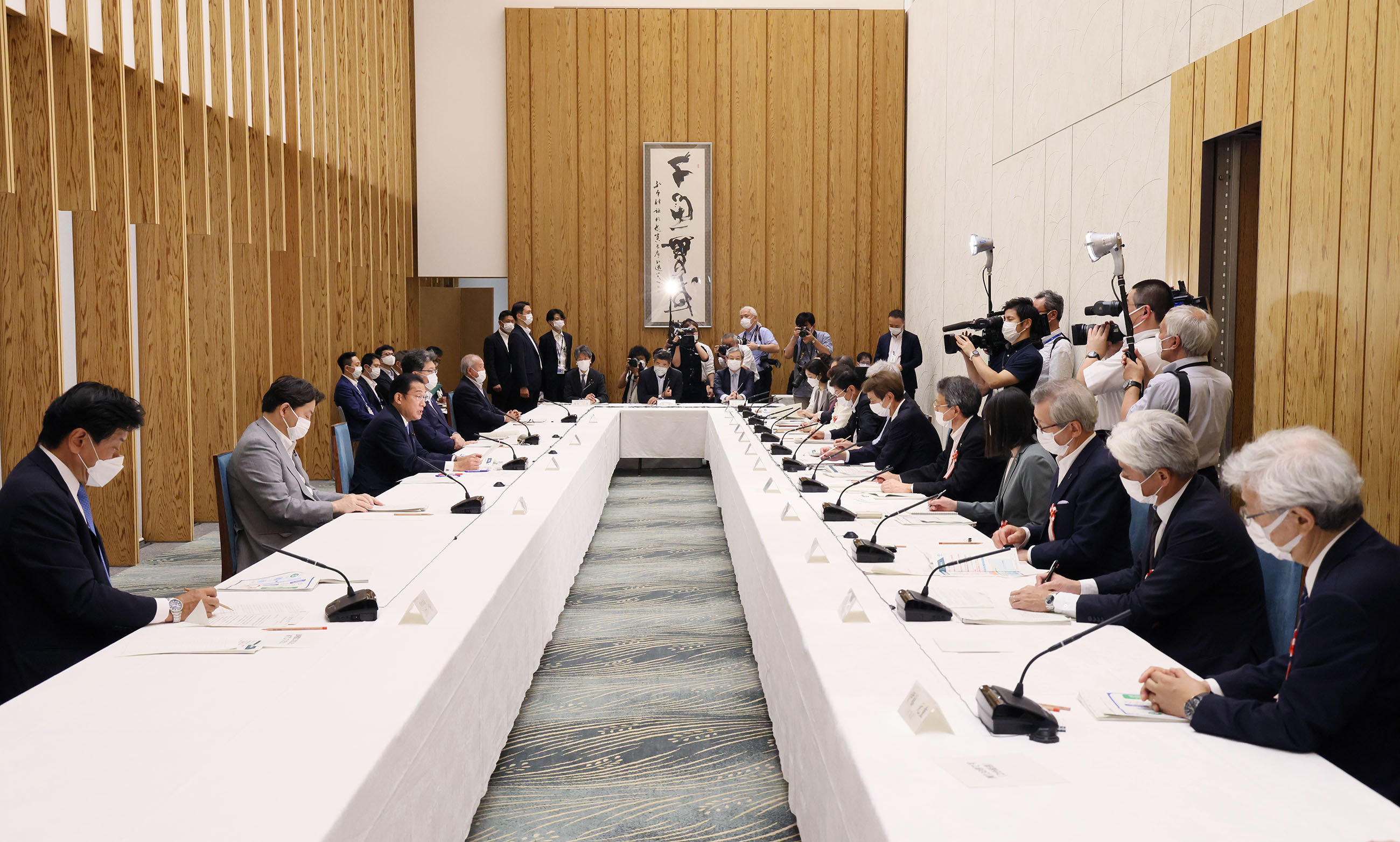 At the meeting, the participants discussed points of discussion in the GX Implementation Council.

“First of all, green transformation, or GX in short, does not just mean the departure from fossil energy. It involves the implementation of major reforms of energy, all industries, and our economy and society, toward achieving the goal of carbon neutrality by 2050. To this end, Japan has made a highly challenging international pledge of a 46 percent reduction in greenhouse gas emissions by fiscal 2030.

On the one hand, we are currently facing an extremely tense situation, with the risk of the first energy crisis since the oil shock in 1973, on the back of disruptions and soaring prices in world energy markets as well as concerns over strained balance between domestic supply of and demand for electricity and gas, following the Russian aggression of Ukraine. Rebuilding a stable energy supply system is a pressing issue.

Overcoming the current crisis is the first priority. No GX implementation toward 2030 and 2050 is possible without getting over this crisis.

From this perspective, this GX Implementation Council is expected to hold discussions on overcoming the crisis and implementing GX in an integrated manner and put forward a series of policy recommendations in the order of urgency. I ask Minister in charge of the promotion of GX implementation appointed today as well as the Government and relevant Ministers to make every effort to carry out proposed policies.

The first thing I expect the GX Implementation Council to do in the next meeting is to clearly identify items requiring political decisions on institutional support measures to maximize the introduction of renewable energy, storage batteries, and energy-saving efforts as well as specific measures such as the restart of nuclear power plants and future development plans, in order to ensure stable supply of electricity and gas, which will be threatened in the coming winter and over the next few years.

The second is to show the public in an easy-to-understand way that these concrete measures toward stable supply will be positioned as the first step in a roadmap toward GX over the next ten years.

And the third is to deepen deliberations on five policy initiatives in the roadmap to give them a concrete shape.

GX implementation is one of the most important pillars in bringing a new form of capitalism into reality. We intend to transform the challenge of medium- to long-term decarbonization into a national growth engine and create a sustainable economy by having the Government prepare a catalyst for attracting public and private investments.”