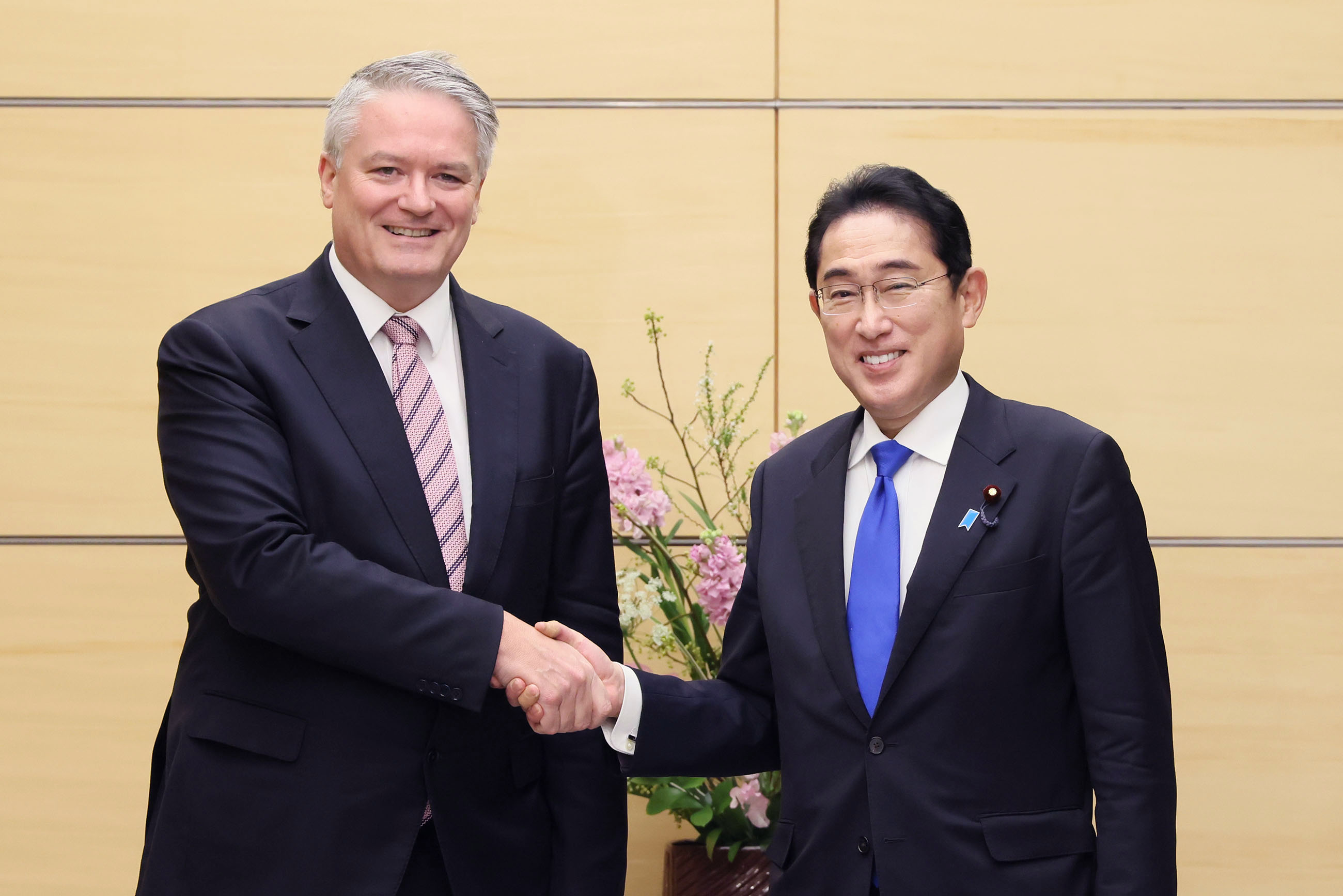 On January 23, commencing at 6:10 p.m. for approximately 15 minutes, Mr. KISHIDA Fumio, Prime Minister of Japan, received a courtesy call fromMr. Mathias Cormann, Secretary-General of the Organisation for Economic Co-operation and Development (OECD). The summary of the courtesy call is as follows.

1. Prime Minister Kishida welcomed Mr. Cormann’s first visit to Japan as OECD Secretary-General and stated that, amid the many challenges facing the international community, the importance of the OECD is increasing as it can join forces under shared values.

2. Prime Minister Kishida also expressed his desire to promote cooperation with the OECD, making use of the occasions of Japan’s G7 Presidency this year and the 60th anniversary of its accession to the OECD in 2024.

3. Mr. Cormann expressed his pleasure to see Prime Minister Kishida and stated that the OECD will celebrate properly Japan’s 60th anniversary of accession next year, as Japan is one of the prominent member countries of the organisation. Mr. Cormann also stated that the OECD would like to contribute to the success of Japan’s G7 Presidency this year.

[Reference 2] Organisation for Economic Co-operation and Development (OECD)
The OECD is an international organisation headquartered in Paris, with 38 member countries including European countries, the United States, and Japan (Japan joined in 1964). Also known as “the world’s largest think tank,” the OECD conducts research and analysis on a wide range of economic and social issues and makes policy recommendations to countries. It also serves as a forum for formulating global rules, setting standards and rules regarding advanced issues.