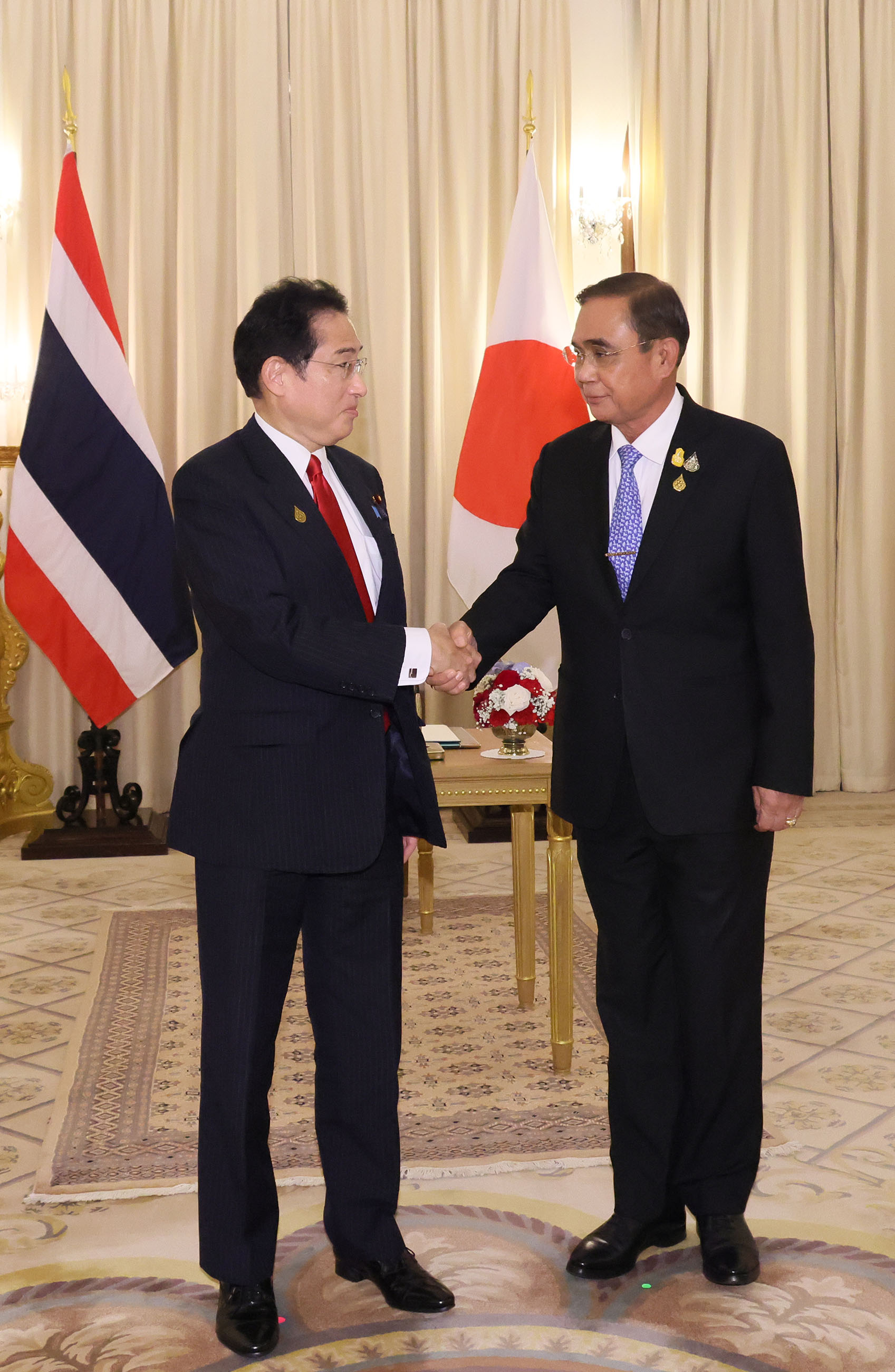 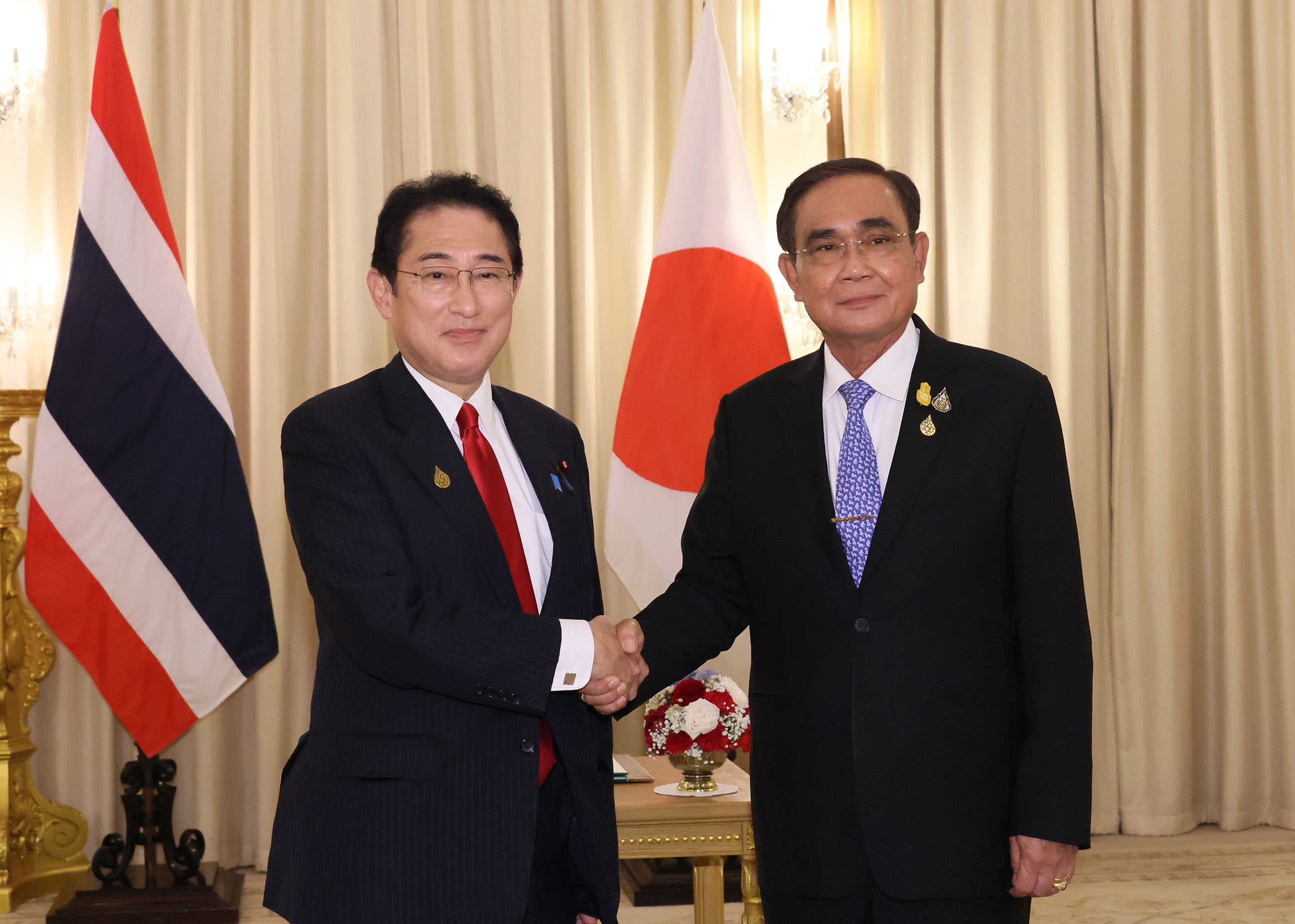 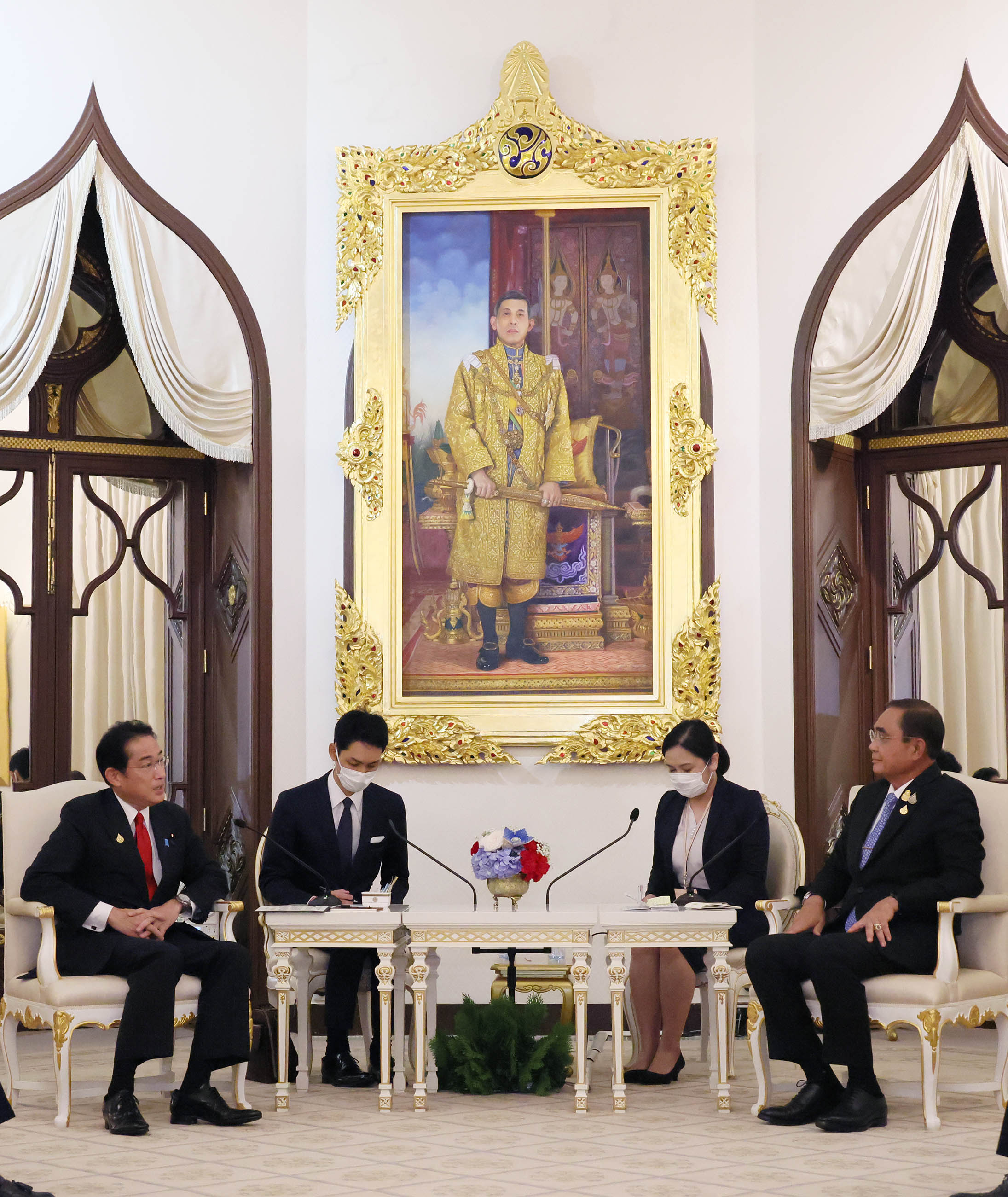 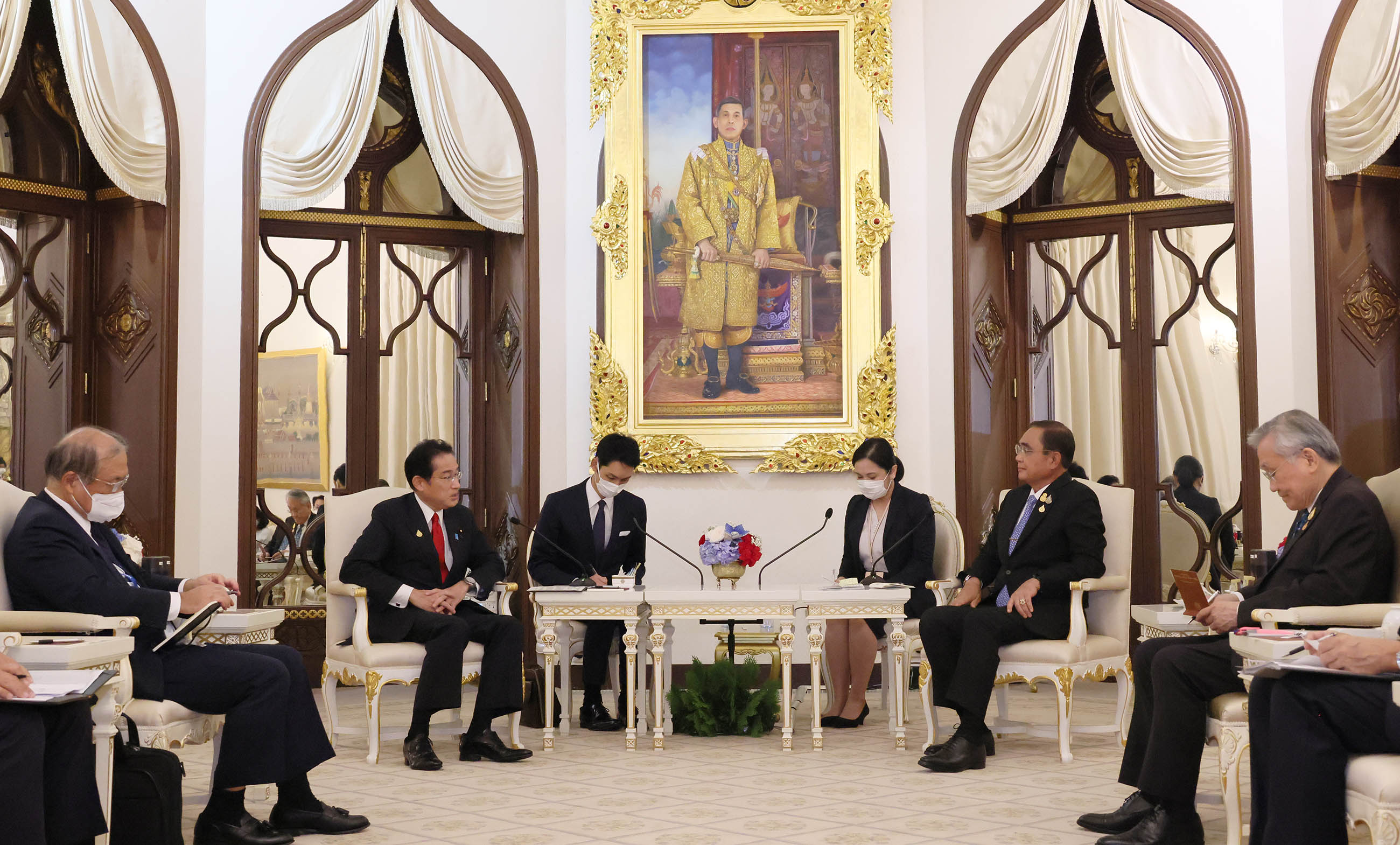 On November 17, commencing at 4:05 p.m. local time for approximately 40 minutes, Mr. KISHIDA Fumio, Prime Minister of Japan, who was on a visit to the Kingdom of Thailand to attend the APEC Economic Leaders’ Meeting, held a Summit Meeting with H.E. Mr. Prayut Chan-o-cha, Prime Minister and Minister of Defense of the Kingdom of Thailand. The summary of the meeting is as follows.

1. Introduction
Prime Minister Kishida expressed his respect for the leadership of Prime Minister Prayut in hosting the APEC Economic Leaders’ Meeting, as well as his desire to discuss the further development of the bilateral relations during today's meeting. Prime Minister Kishida also stated that he was very concerned about the information he received on the explosion in Poland and was paying close attention to the ongoing investigation. He said that Japan condemns the fierce attacks by Russia on the cities in Ukraine including Kyiv.

2. Bilateral relations
The two leaders confirmed that they will accelerate discussions for formulating specific projects on the basis of the Agreement between the Government of Japan and the Government of the Kingdom of Thailand concerning the Transfer of Defense Equipment and Technology signed in May, with a view to further deepening Japan-Thailand security cooperation. On the economic front, the two leaders welcomed the signing of the "Five-Year Joint Action Plan on Japan-Thailand Strategic Economic Partnership" in the Japan-Thailand Foreign Ministers’ Meeting held on the same day, which sets out new guidelines in the economic field between the two countries. Prime Minister Kishida expressed his desire to realize the concept of "Asia Zero Emissions Community" and to promote efforts to facilitate cooperation between startups and major companies in both countries.

In response, Prime Minister Prayut expressed his desire to cooperate with Japan to realize the concept of "Asia Zero Emissions Community." Both leaders concurred to promote bilateral cooperation in invigorating investment and developing human resource.

3. Regional and international affairs
Prime Minister Kishida stated that any attempt to unilaterally change the status quo by force is unacceptable anywhere in the world and that the principles of sovereignty and territorial integrity must be upheld. Prime Minister Kishida went on to say that Russia's illegal "annexation" of Ukrainian regions is unacceptable and that he strongly condemns it, particularly emphasizing that the Russia's nuclear threat is absolutely not acceptable, let alone its use of nuclear weapons.

In response, Prime Minister Prayut stated that Thailand also respects the principles of sovereignty and territorial integrity, sharing basic ideas with Japan, and the use of nuclear weapon is not tolerated, and that it is important to seek a peaceful resolution through dialogue.

In addition, the two leaders exchanged views regarding regional affairs, including the East and South China Seas, North Korea and Myanmar.

Lastly, the two leaders confirmed that they will work together toward the 50th Year of ASEAN-Japan Friendship and Cooperation next year.