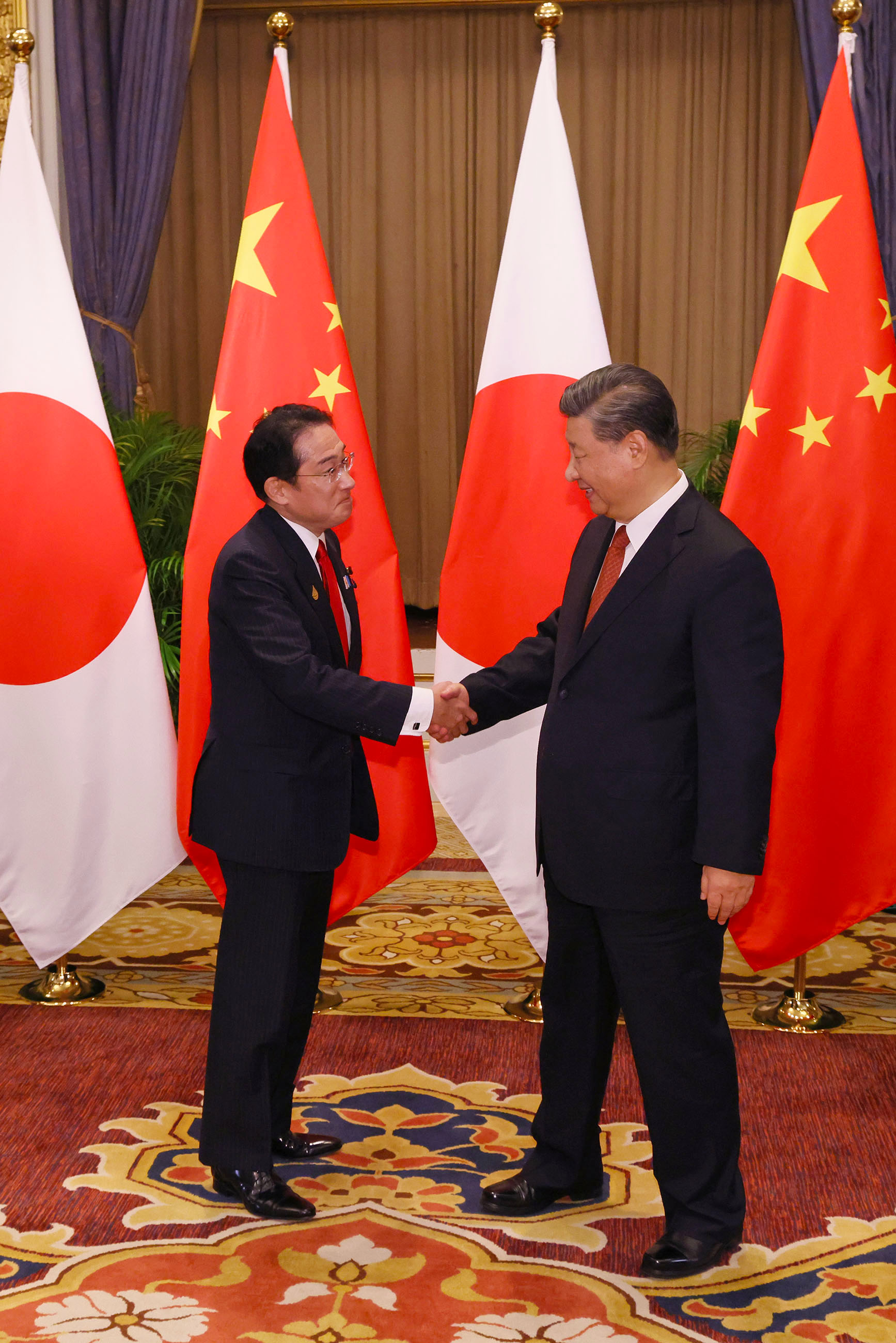 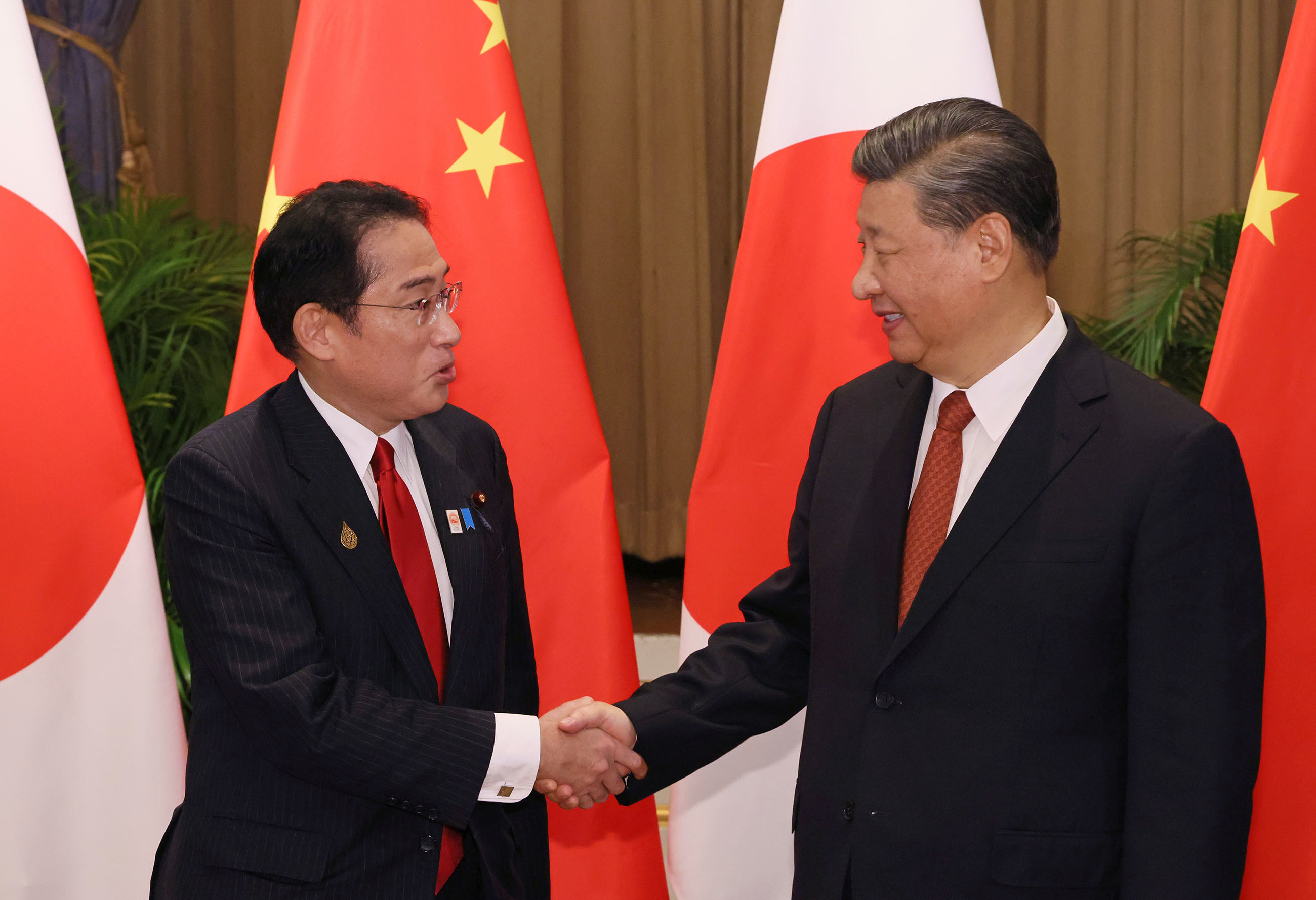 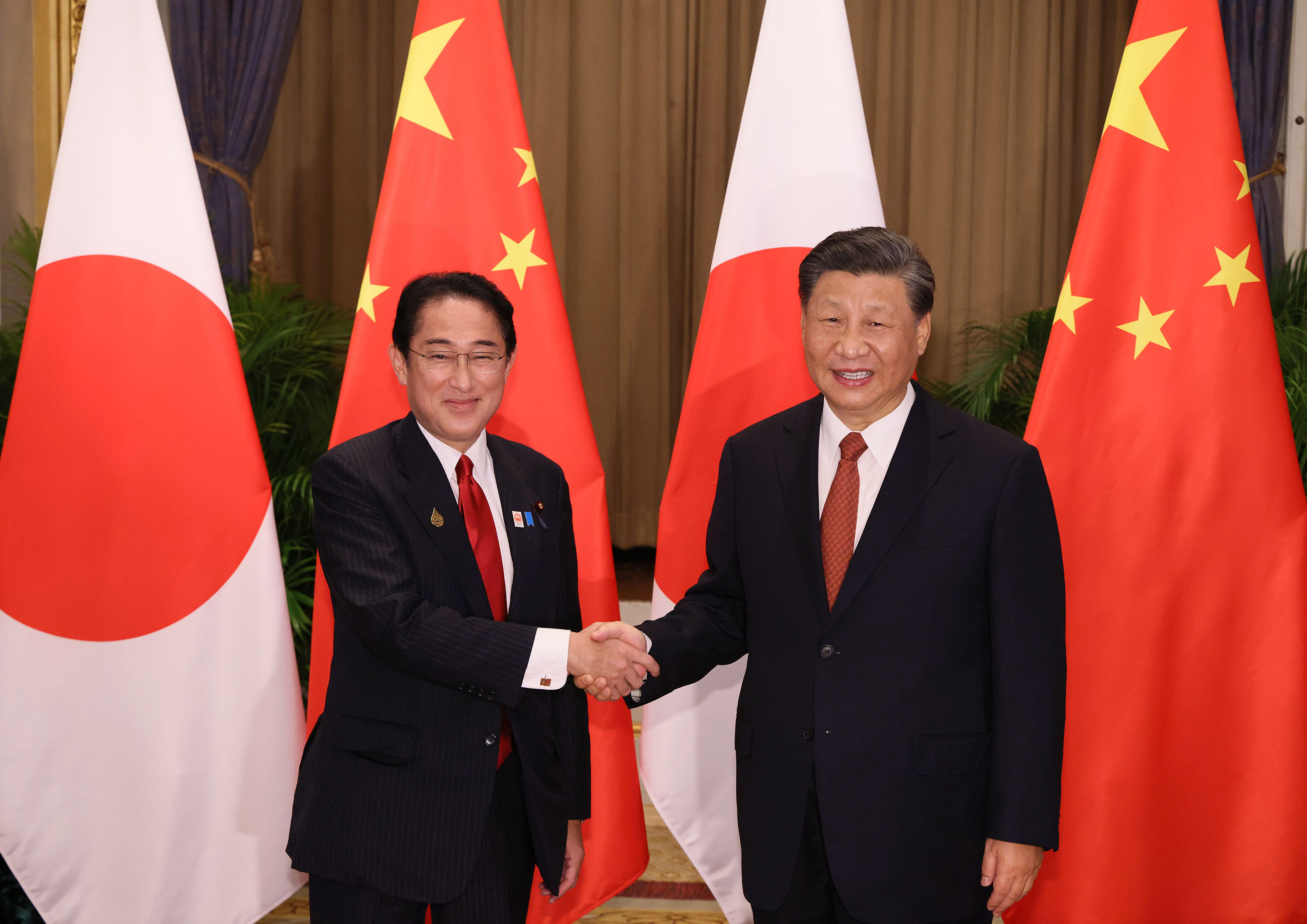 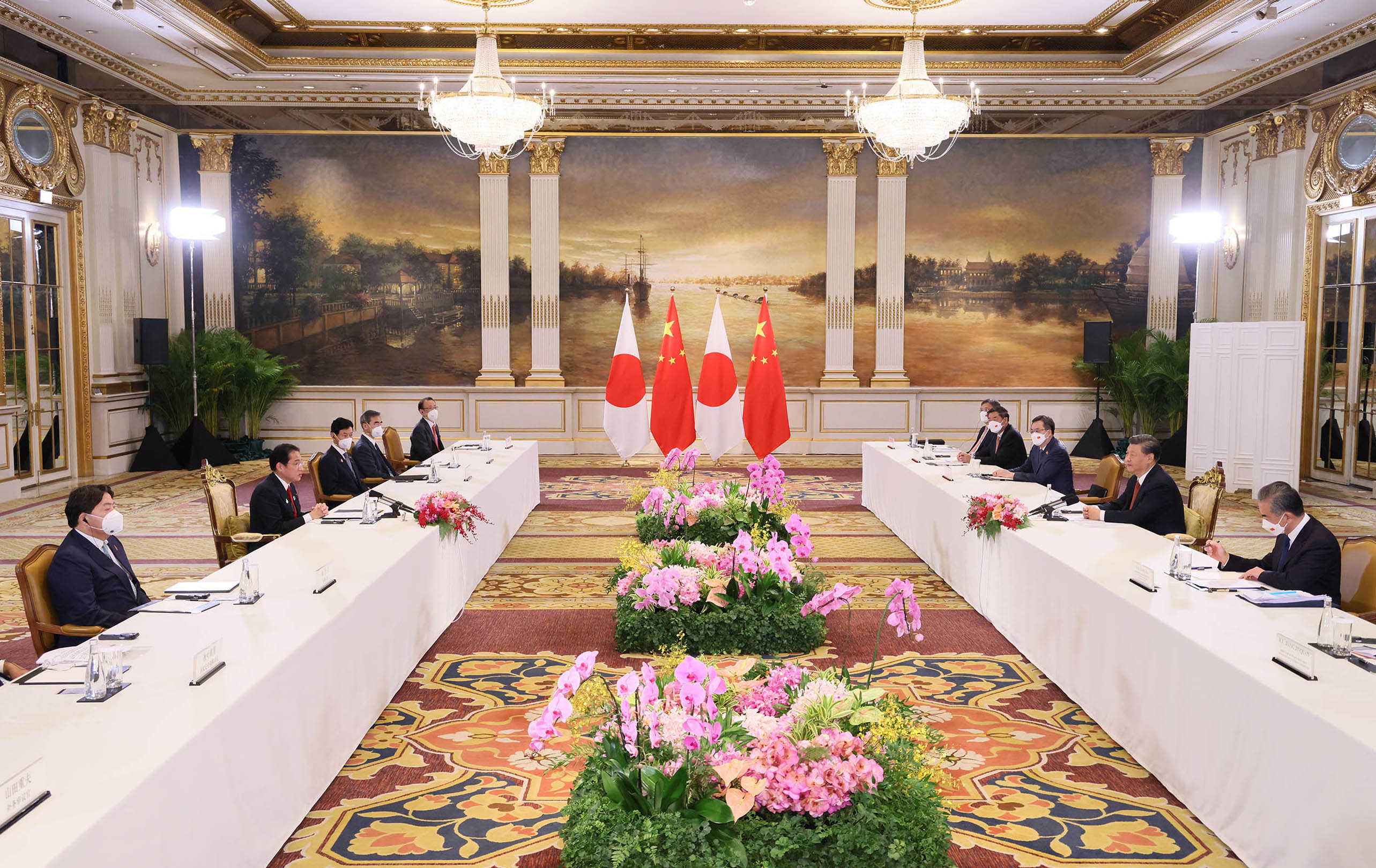 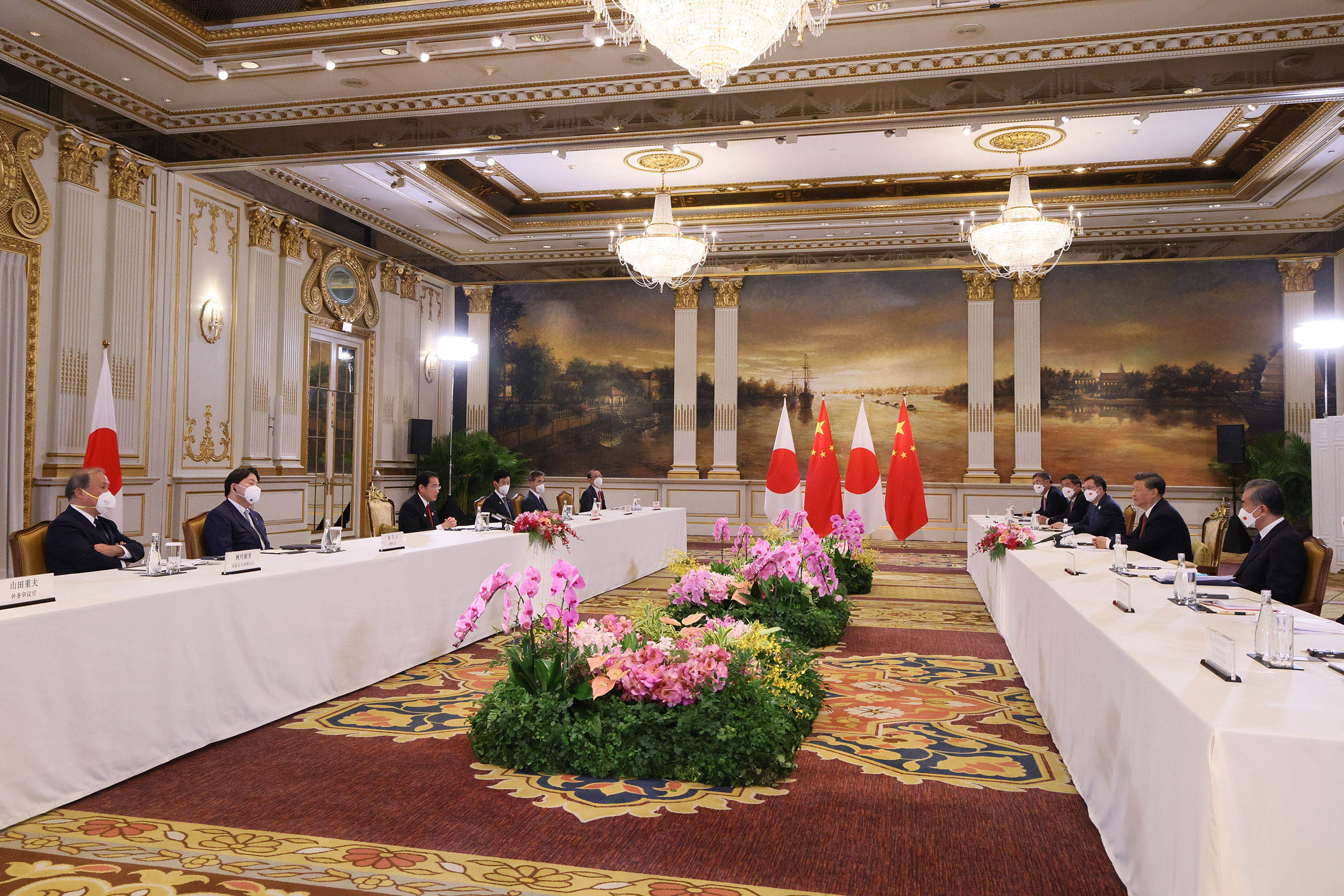 On November 17, commencing at 18:40 local time (the same day, 20:40 Japan time) for approximately 45 minutes, Mr. KISHIDA Fumio, Prime Minister of Japan, who was on a visit to Thailand to attend an APEC-related Summit Meeting, held his first Summit Meeting, in a face-to-face format with Mr. Xi Jinping, President of the People’s Republic of China. The summary of the meeting is as follows.

2. Prime Minister Kishida expressed grave concern about the situation in the East China Sea, including the situation surrounding the Senkaku Islands, as well as military activities by China around Japan, such as China's launch of ballistic missiles into the waters near Japan including its EEZ in August of this year. At the same time, the two leaders agreed on the early launch of a hotline under the Maritime and Aerial Communication Mechanism between the Japan-China defense authorities, as well as the strengthening of communication through the Japan-China Security Dialogue and other channels. Prime Minister Kishida reiterated the importance of peace and stability across the Taiwan Strait, once again called on China to respond to Japan’s position on human rights and the detention of Japanese nationals, and strongly called for the prompt lifting of import restrictions on Japanese food products.

3. Prime Minister Kishida expressed his expectation that China will make positive contributions to the international community under established international rules. The two leaders shared the view that mutually beneficial cooperation is possible in specific areas of economy and exchanges of people, and agreed that they will encourage cooperation in areas such as green economy including environment and energy conservation, as well as medical care, nursing care and healthcare. At the same time, Prime Minister Kishida stated that it is important that China guarantees legitimate business activities of Japanese companies by ensuring a transparent, predictable, and fair business environment. The two leaders also agreed to revitalize the bilateral exchanges of people, including the youth who will lead the future of the two countries. The two leaders agreed to hold the Japan-China High-Level Economic Dialogue and the Japan-China High-Level People-to-People and Cultural Exchange Dialogue at an early date.

4. Prime Minister Kishida stressed the need for both countries to act as responsible nations under the global rules on international issues, such as climate change and development finance. Regarding the situation in Ukraine, Prime Minister Kishida called on China to play a responsible role in maintaining international peace and security. Furthermore, the two leaders shared the concern that Russia's indication of the use of nuclear weapons in Ukraine is extremely alarming, and agreed on the view that nuclear weapons must never be used and that nuclear war must never be fought. Regarding North Korea, Prime Minister Kishida expressed his expectation that China will fulfill its role, including in the UN Security Council, while referring to his serious concern about North Korea’s increased nuclear and missile activities. He also requested for understanding and support toward the immediate resolution of the abductions issue and the two leaders confirmed that they would continue to work closely together on this issue.

5. The two leaders agreed to maintain close communications at all levels including the leaders’.