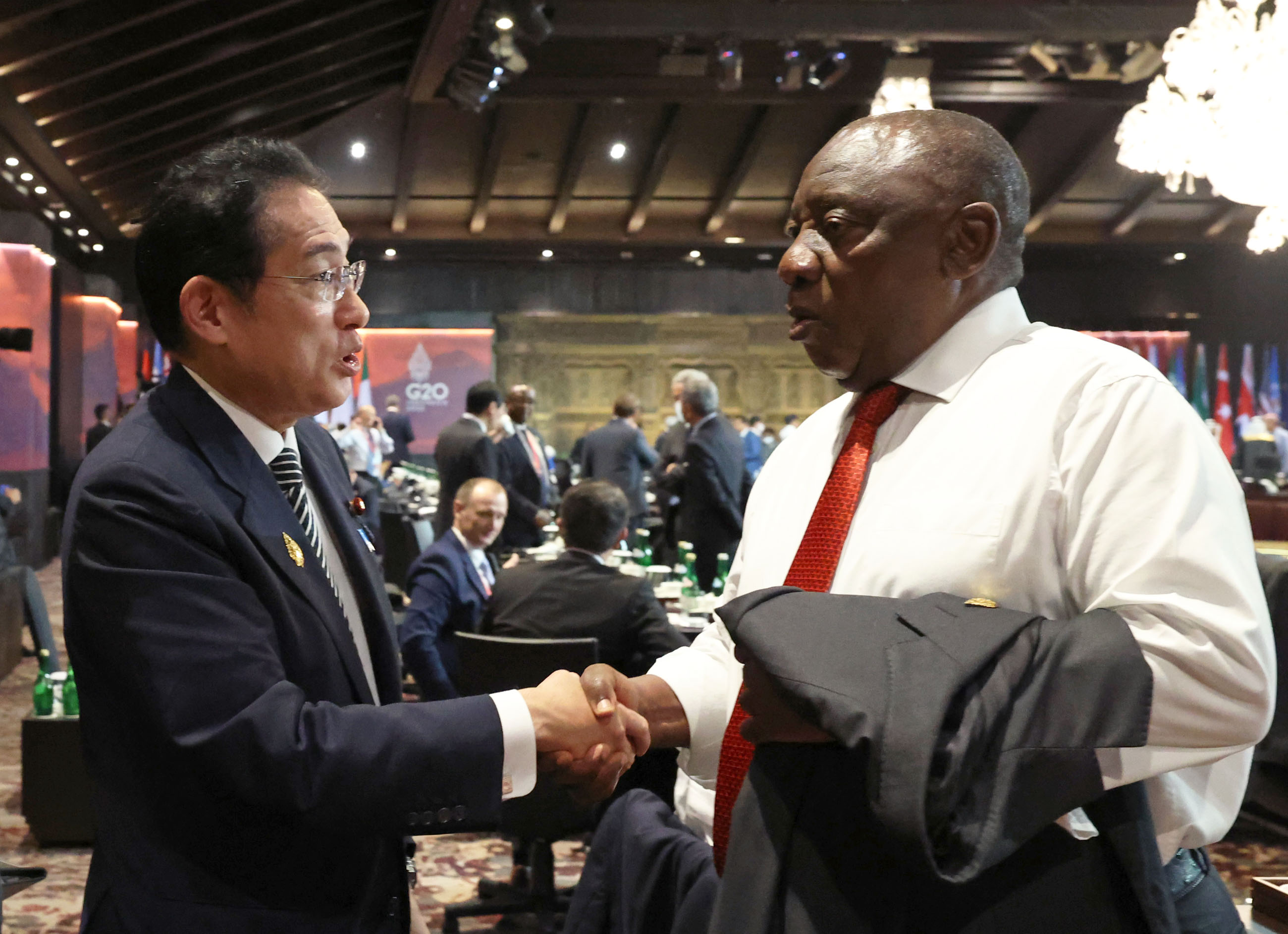 On November 15, commencing at 3:00 p.m. (local time) for approximately 10 minutes, Mr. KISHIDA Fumio, Prime Minister of Japan, who is visiting Indonesia for the G20 Summit, held informal talks with H.E. Mr. Matamela Cyril Ramaphosa, President of the Republic of South Africa. The overview of the meeting is as follows.

2. The two leaders also exchanged views on the cooperation in the field of nuclear disarmament, the importance of critical mineral, as well as South Africa’s contribution for the stabilization of surrounding areas of LNG development project in Mozambique and for the peace agreement signed between Ethiopian government and TPLF. The two leaders concurred to continue working closely together to address these issues including in the international arena.