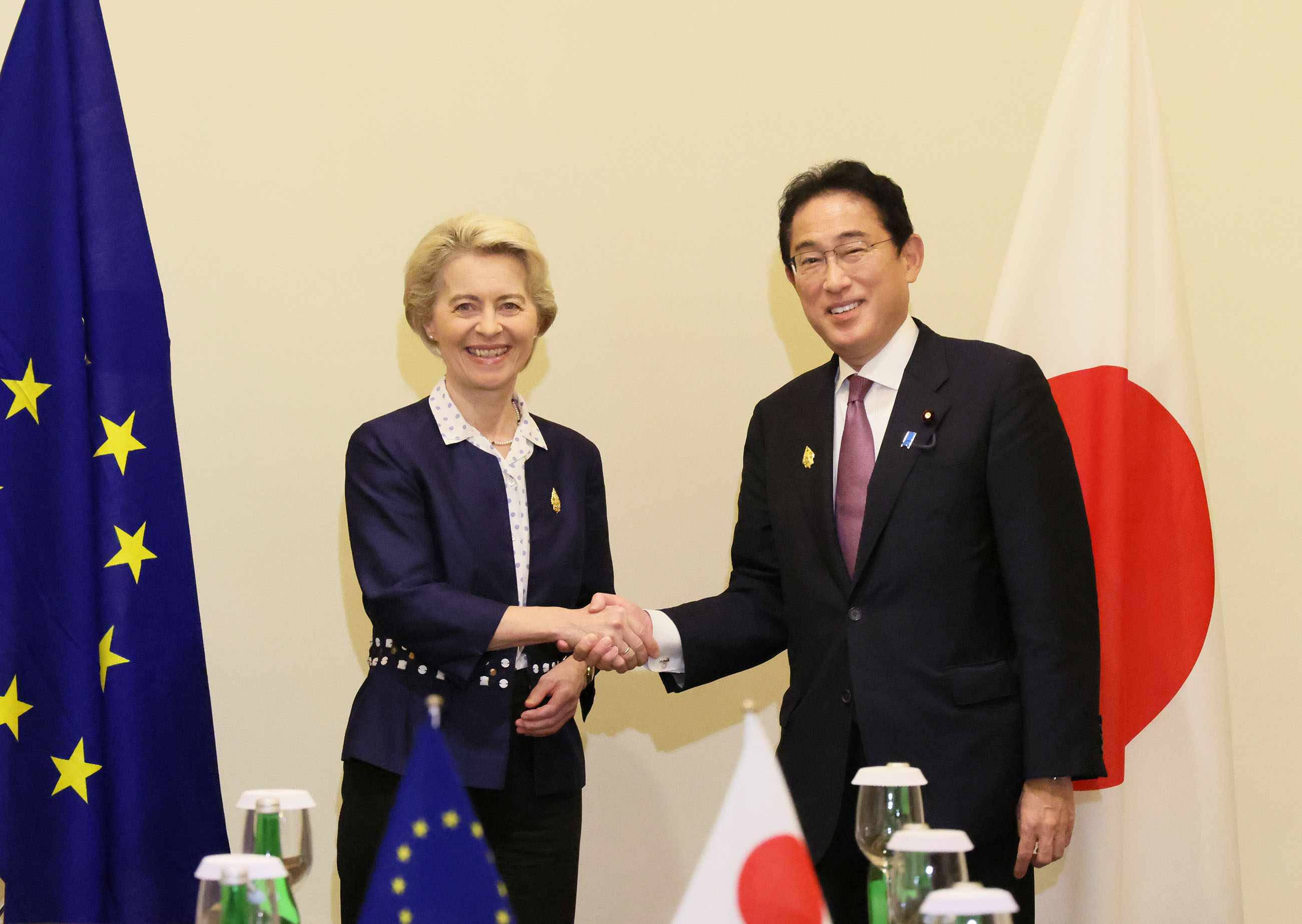 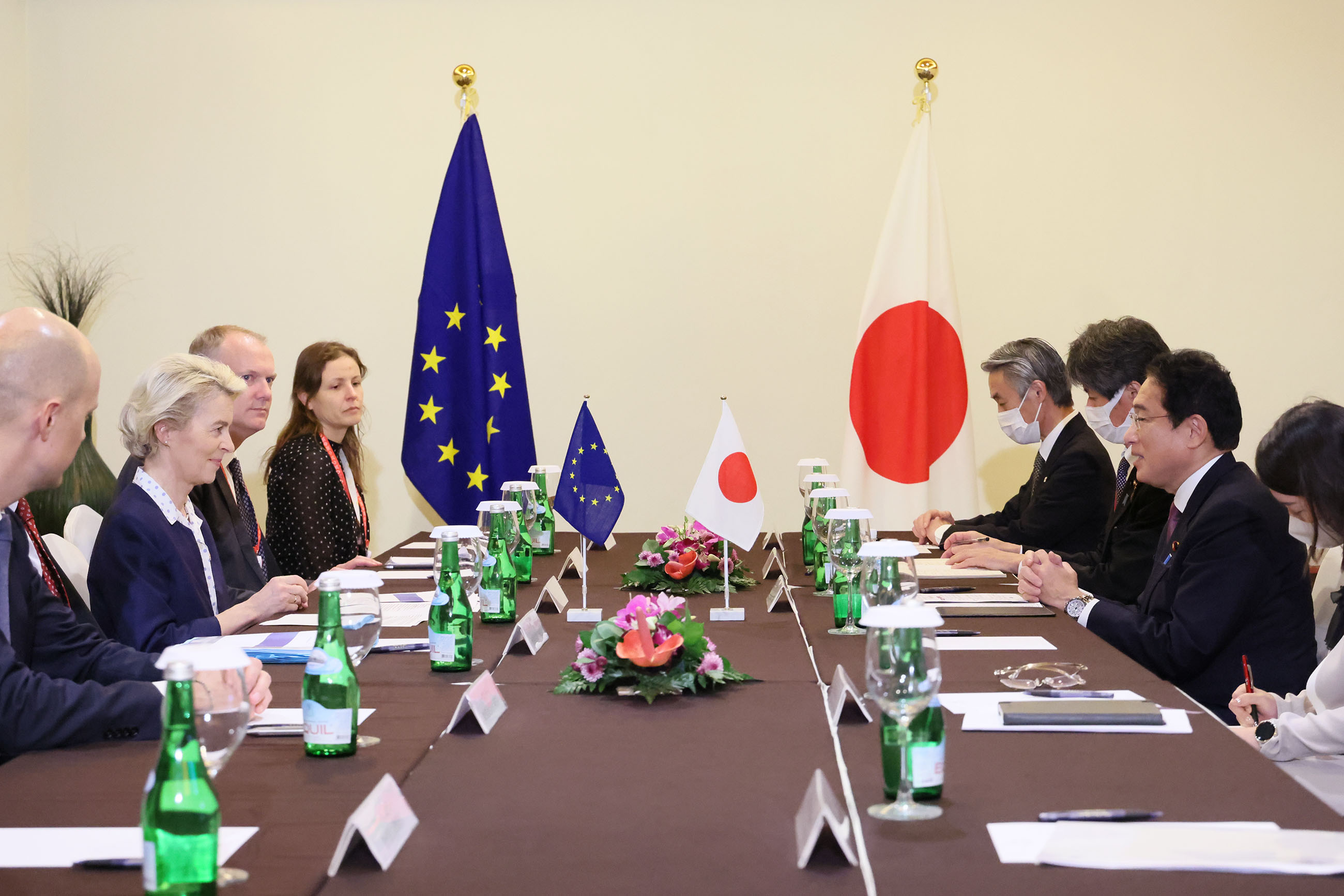 2. The two leaders shared the view that, in dealing with Russia's aggression against Ukraine, it is important  to continue strong sanctions against Russia and to support Ukraine under the unity of the international community. They also confirmed that Russia’s threat by nuclear weapons is absolutely unacceptable, let alone the use of such weapons, and that it is important for the international community to send a clear message and to work in close cooperation.

3. The two leaders also exchanged views regarding regional affairs, including China and North Korea. They expressed their opposition against any attempt to unilaterally change the status quo by force in the East and South China Seas. They also shared serious concerns over North Korea's nuclear and missile issue, and confirmed that they will work closely in dealing with North Korea, including the abductions issue.

4. Prime Minister Kishida reiterated Japan’s request for the early lifting of the EU’s import measures on Japanese food products. The two leaders concurred to continue to cooperate in order to steadily develop Japan-EU relations, including rule-making in digital trade.