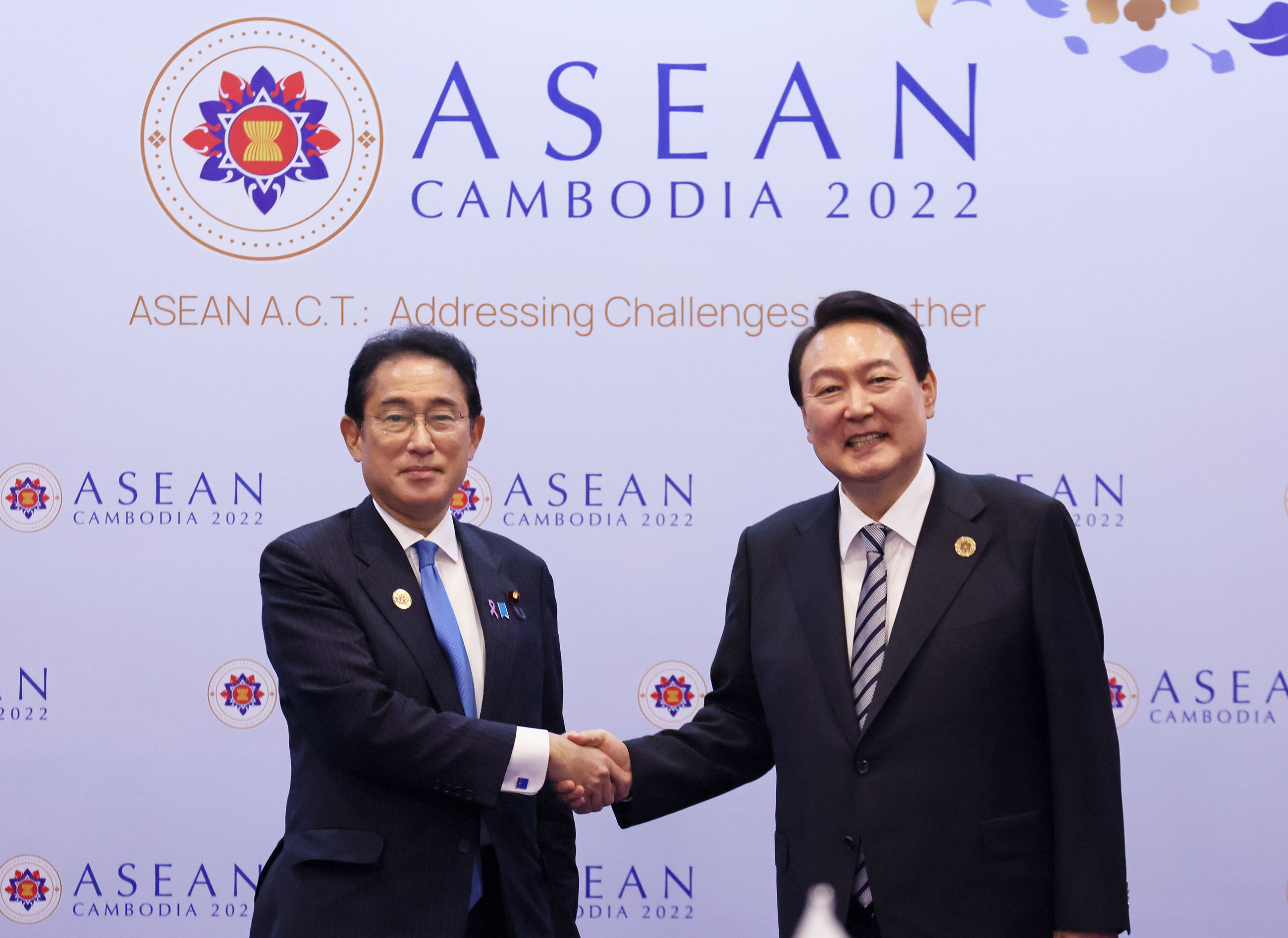 On November 13, 4:55 p.m. (local time. 6:55 p.m., Japan time), for approximately 45 minutes, Mr. KISHIDA Fumio, Prime Minister of Japan, held a bilateral meeting with H.E. Mr. YOON Suk Yeol, President of the Republic of Korea, on the sidelines of the ASEAN-related Summit Meetings during his visit to Cambodia.

1. At the outset, Prime Minister Kishida conveyed once again his condolences regarding the tragic event that occurred in Itaewon, Seoul, on October 29. President Yoon expressed his condolences for the loss of life of two Japanese nationals.

2. The two leaders strongly condemned North Korea’s provocations with unprecedented frequency and in unprecedented ways as a grave and imminent threat to the regional security including Japan and the ROK, and a clear and serious challenge to the international community. The two leaders also affirmed that they will continue to work closely together bilaterally and trilaterally among Japan, the ROK and the U.S. including on the enhancement of deterrence in the region including security cooperation among Japan, the ROK and the U.S. and further responses at the UN Security Council, towards the complete denuclearization of North Korea in accordance with the UN Security Council resolutions. Prime Minister Kishida once again gained support from President Yoon on the abductions issue.

3. Regarding the issue of former civilian workers from the Korean Peninsula, the two leaders reaffirmed to pursue an early resolution of this issue, building on the accelerated talks between the diplomatic authorities following the instructions given by the two leaders in New York.

4. Prime Minister Kishida stated that Japan is planning to announce a new "Free and Open Indo-Pacific (FOIP)" Plan by next spring. In response, President Yoon shared the gist of the "Indo-Pacific Strategy of Freedom, Peace, and Prosperity" announced by the ROK on November 11. The two leaders welcomed each other’s vision for the Indo-Pacific and concurred on aligning their collective efforts in pursuit of a free and open Indo-Pacific, that is inclusive, resilient, and secure.

6. The two leaders shared the view on continuing communication between the two countries including the leader’s level.