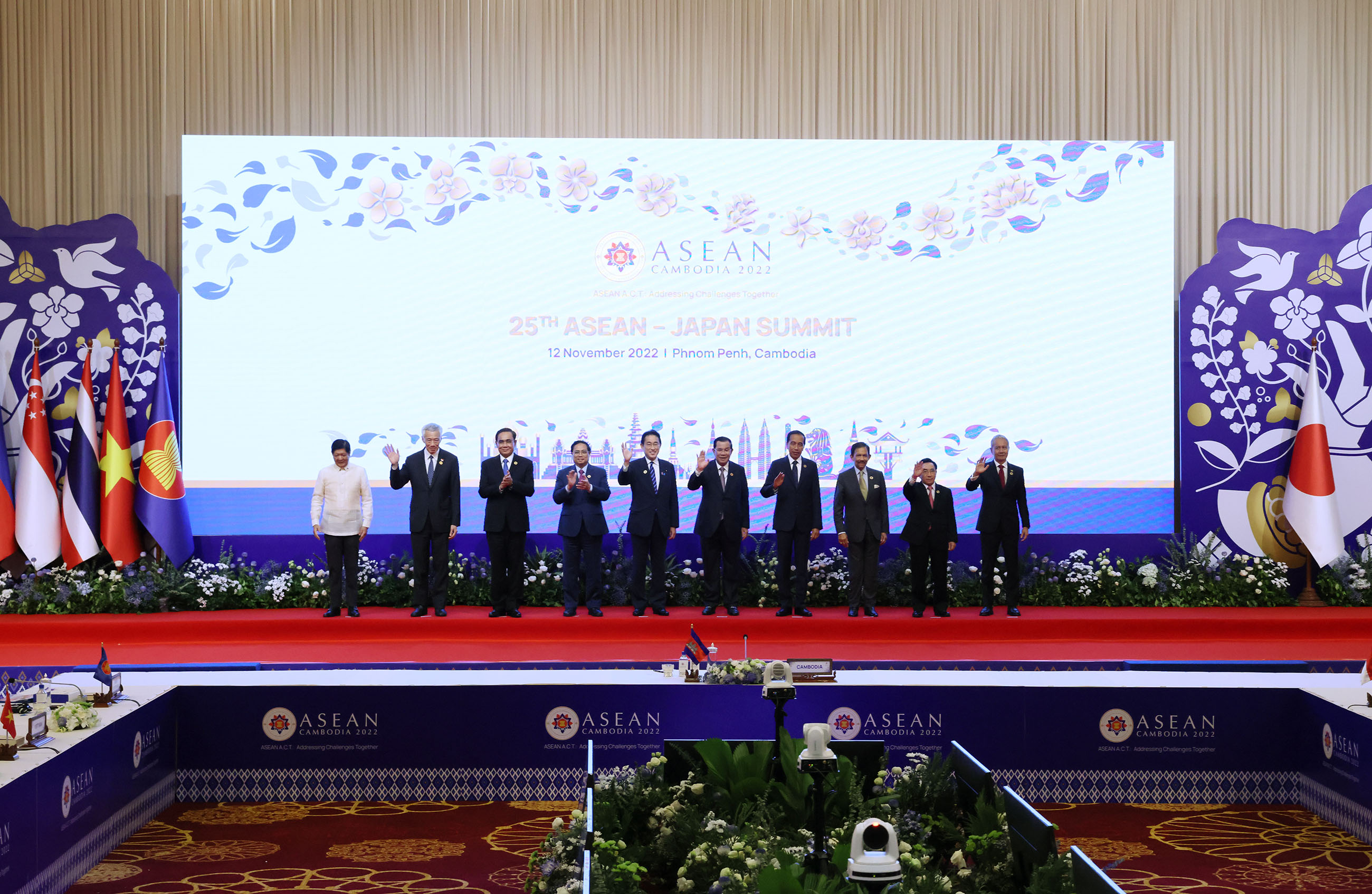 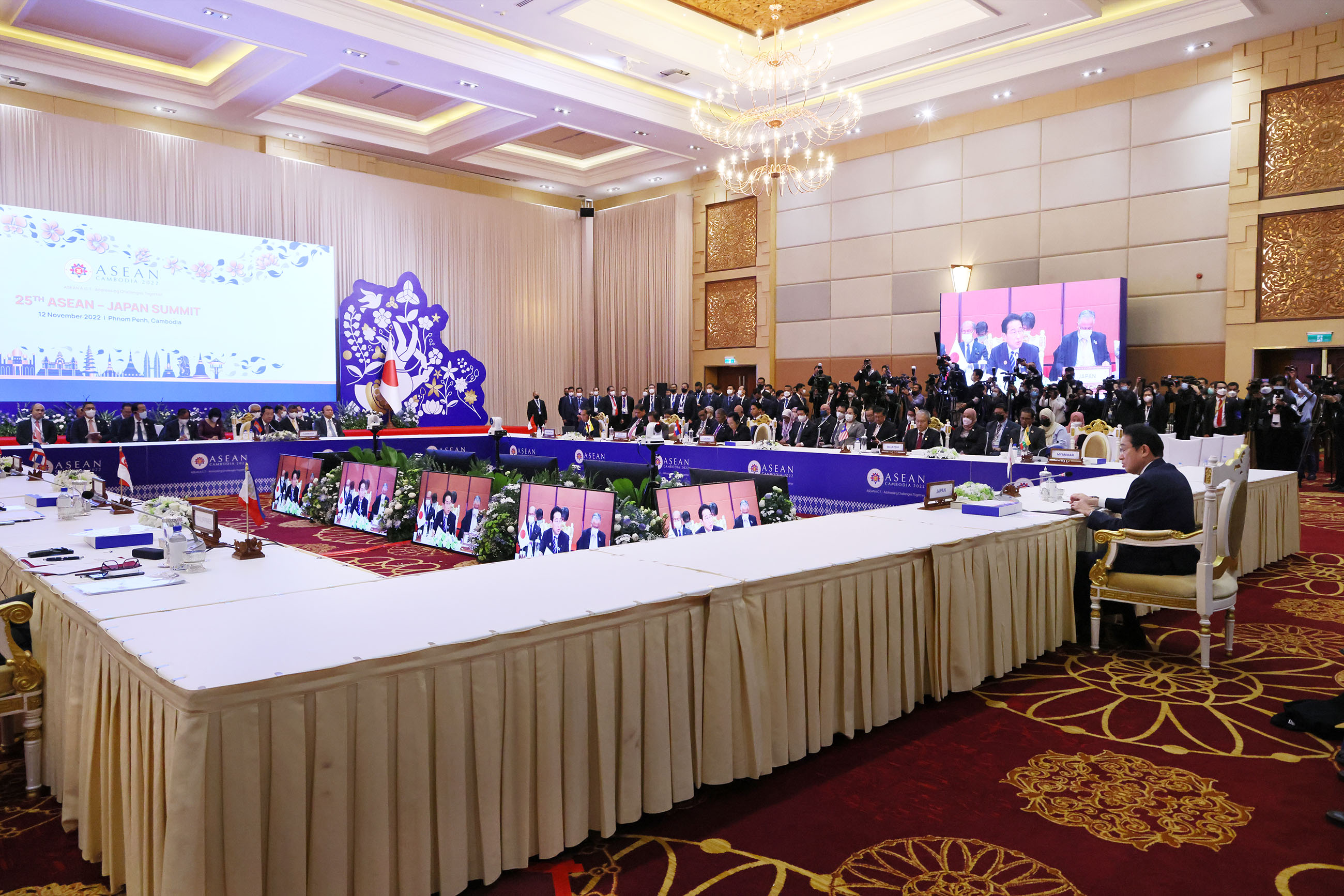 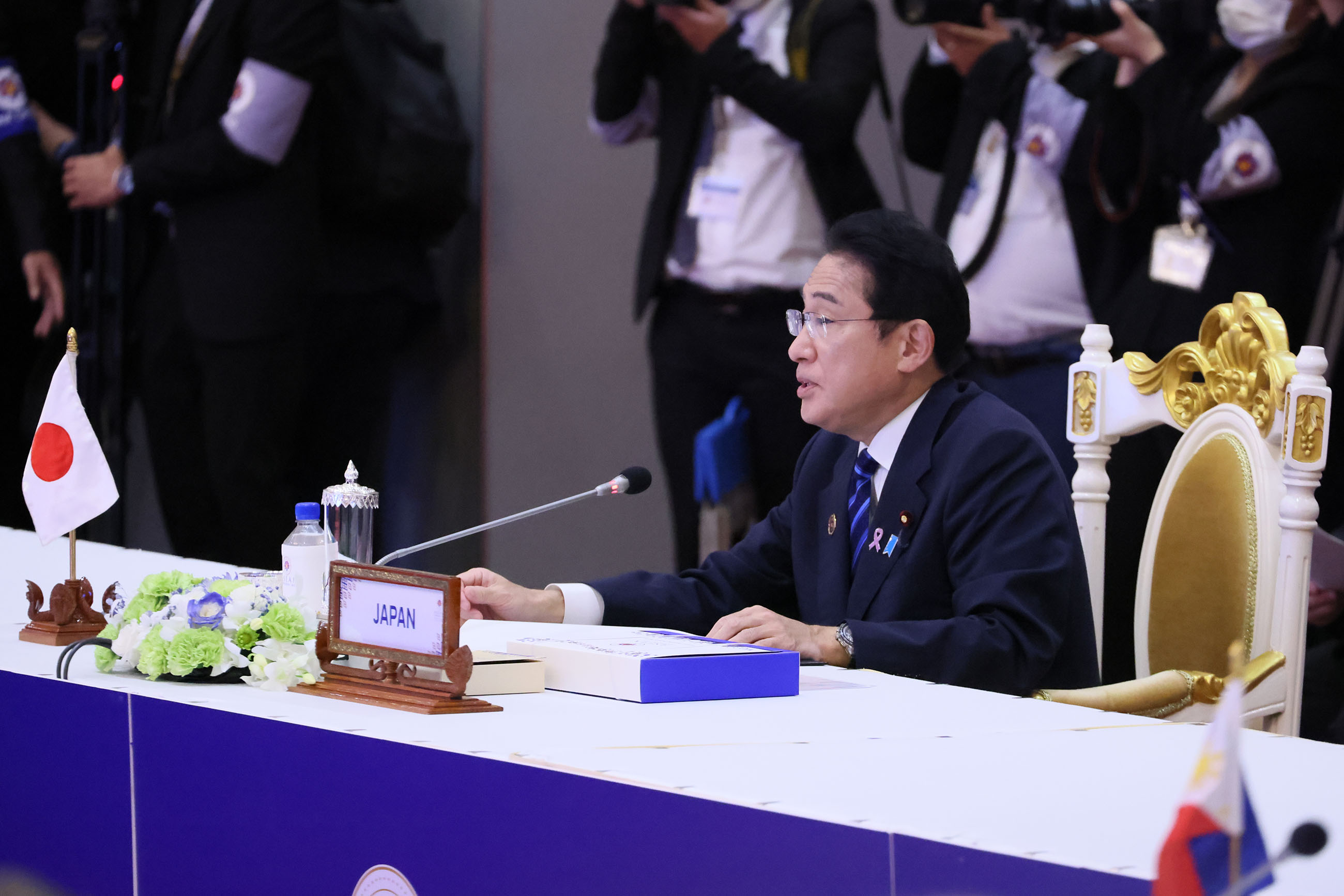 An overview of the meeting is as follows. Before and after the meeting, the ASEAN Leaders approached Prime Minister Kishida and engaged in friendly conversations, including expressing their appreciation for Japan’s contribution to ASEAN.

In response, many countries expressed their support in their remarks. As the Chair, Prime Minister Hun Sen expressed appreciation to the ASEAN Leaders for accepting Japan’s proposal and confirmed that the Commemorative Summit would be held following a regular annual ASEAN-Japan Summit in 2023.

2. ASEAN-Japan cooperation
(1) Economic Recovery from the COVID-19 Pandemic
Prime Minister Kishida expressed concern over the soaring energy and food prices around the world caused by Russia’s aggression against Ukraine.

In addition, he also expressed his intention to continue supporting the ASEAN Centre for Public Health Emergencies and Emerging Diseases (ACPHEED) including through the dispatch of Japanese health experts.

(a) Japan supports ASEAN unity and centrality and is among the first to express support to the AOIP which shares fundamental principles with the Free and Open Indo-Pacific (FOIP). Since the adoption of the 2020
Ministry of Foreign Press Release Affairs of Japan Joint Statement of the 23rd ASEAN-Japan Summmit on Cooperation on AOIP cooperation, there have been eighty-nine concrete cooperation projects.in total.

(b) Heading towards the 50th Year of ASEAN-Japan Friendship and Cooperation next year, Japan will enhance cooperation in the areas of maritime cooperation such as maritime traffic safety, assistance for
connectivity such as quality infrastructure investment, healthcare including universal health coverage, measures to address climate change and disaster prevention, and also cooperation in a wide range of
economic areas such as supply chain resilience, digital technology and food security.

(c) Japan would like to realize the Asia Zero Emissions Community by fully mobilizing its know-how and experience.

(3) In response, ASEAN countries expressed appreciation and gratitude to the various efforts mentioned above such as assistance for the recovery from the COVID-19 pandemic and assistance for the establishment of the ACPHEED. They also highly valued Japan’s cooperation on the AOIP and expressed high expectation for continued close cooperation. In response to these remarks from ASEAN countries, Prime Minister Kishida said that he was very encouraged to know that ASEAN countries and Japan shared the view on the importance of ASEAN-Japan cooperation.

(1) Myanmar
Prime Minister Kishida expressed serious concerns over the deteriorating situation in Myanmar and his intention to continue supporting ASEAN’s efforts as well as to directly urge the Myanmar military to implement the “Five-Point Consensus” at the earliest to improve the situation.

(2) Russia’s aggression against Ukraine
Prime Minister Kishida stated that Russia’s aggression against Ukraine and the illegal “annexation” infringe upon the sovereignty and territorial integrity of Ukraine and violate international law including the United Nations Charter, and emphasized that any unilateral attempts to change the status quo by force should
never be tolerated anywhere in the world. He also stressed that Russia’s threat to use nuclear weapons is absolutely unacceptable, let alone the use of such weapons.

He also mentioned that, with a 77 year history of non-use of nuclear weapons, it would be an act of hostility against humanity, if nuclear weapons were to be used Ministry of Foreign Press Release Affairs of Japan
this time. He added that the international community as a whole should send out a clear message to prevent this from happening.

Some ASEAN countries mentioned the importance of the freedom of navigation and overflight in the South China Sea and of the respect for international law, in particular UNCLOS, among other matters.

(4) North Korea
Prime Minister Kishida stated that North Korea has been launching the spate of ballistic missiles with extremely high frequency since last month, including the one which flew over Japanese territory. These missile launches constitute a clear and serious challenge to the international community and cannot be tolerated. He then reiterated that it is essential for the international community to come together and fully implement the relevant United Nations Security Council resolutions (UNSCRs) for achieving the CVID (complete, verifiable and irreversible dismantlement) of all weapons of mass destruction and ballistic missiles of all ranges of North Korea. Furthermore, Prime Minister Kishida asked for continued understanding and cooperation toward the immediate resolution of the abductions issue. Some ASEAN countries also expressed concerns about the tension scaused by North Korea’s launch of the spate of ballistic missiles. They also mentioned the importance of the denuclearization of the Korean Peninsula and the full implementation of the relevant UNSCRs as well as their support for the immediate resolution of the abductions issue.

4. Concluding remarks
In concluding his remarks. Prime Minister Kishida said that he would like to make the Golden Jubilee of ASEAN-Japan relations a golden opportunity to demonstrate golden friendship between ASEAN and Japan as suggested by its official catchphrase.