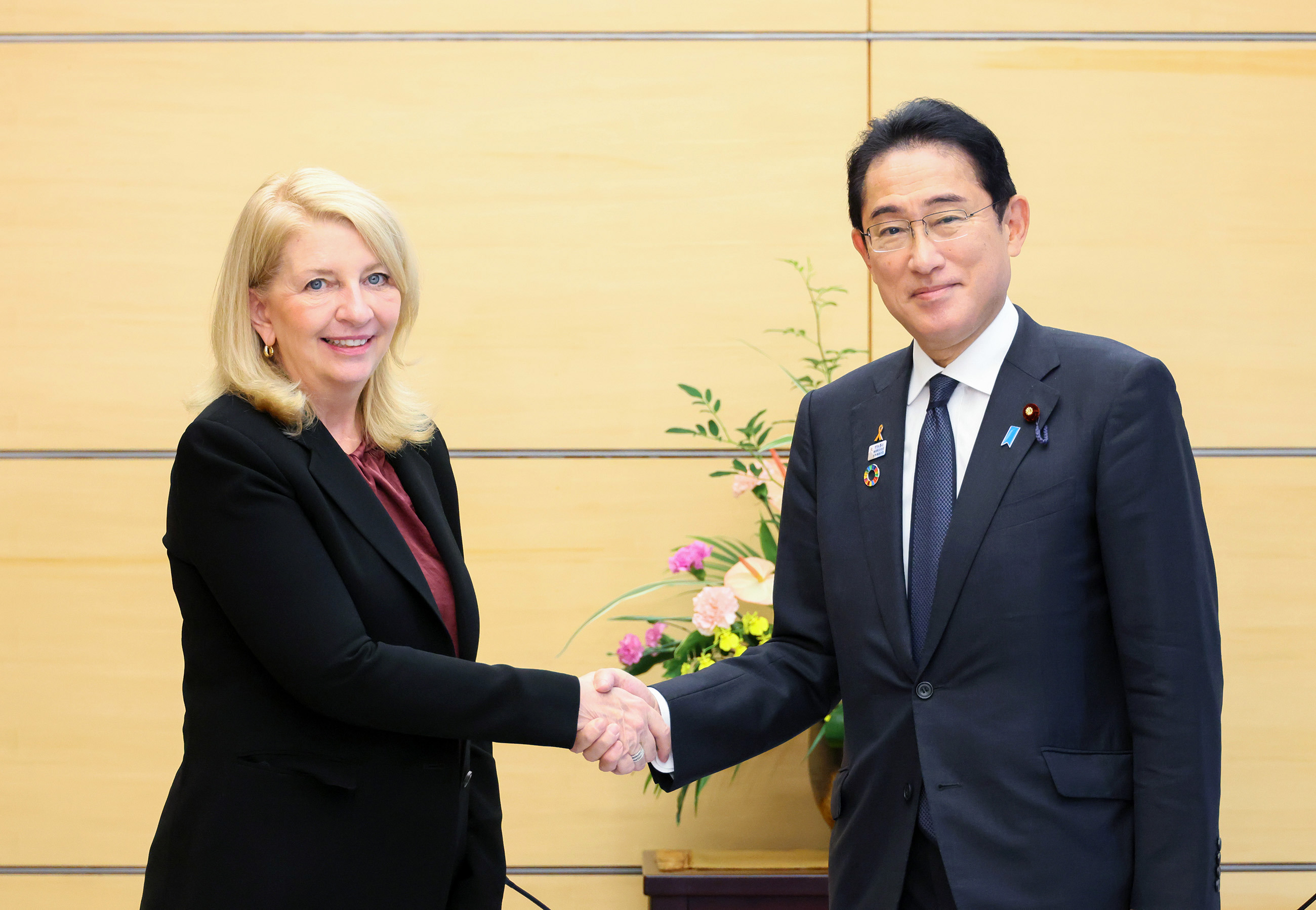 1. Prime Minister Kishida welcomed the first visit to Japan by Ms. Russell as UNICEF Executive Director and stated that UNICEF is an important diplomatic partner for Japan and that its activities are even more significant given the harsh conditions many children are facing in various parts of the world today.

2. Prime Minister Kishida also expressed his desire to set the direction for the G7 Hiroshima Summit next year with regard to the Sustainable Development Goals (SDGs) and other issues, including the field of global health, and to work closely with UNICEF.

3. In response, Executive Director Russell stated that, as Prime Minister Kishida pointed out, children have been living in extremely severe conditions due to factors such as the spread of the COVID-19, the situation in Ukraine and effects of climate change, and expressed gratitude for Japan's support as the third largest donor to UNICEF. Executive Director Russell also highly appreciated Prime Minister Kishida's speech at the Transforming Education Summit (TES) held on the sidelines of a UN General Assembly session in September this year, in which he stressed the importance of human resource development. Ms. Russell stated that UNICEF hopes to continue to work with the Government of Japan to promote priority issues that are common to Japan's aid policy, such as global health, human security, humanitarian-development nexus and gender.

[Reference 1] Ms. Catherine Russell, UNICEF Executive Director
From 2009 to 2013, Ms. Russell served as Chief of Staff to Dr. Jill Biden, the Second Lady of the United Sates before serving as Ambassador-at-Large for Global Women’s Issues at the U.S. Department of State from 2013 to 2017. She also concurrently served under President Biden as Assistant to the President and Director of the White House Office of Presidential Personnel. She assumed her current post in February 2022.

[Reference 2] United Nations Children's Fund (UNICEF)
UNICEF is the only UN agency dedicated to activities for children (education, health, nutrition, water and sanitation hygiene, child protection, among others). With a balanced focus on both humanitarian and development assistance, UNICEF promotes "human security" at the field level, which is also advocated by Japan. Also, UNICEF provides humanitarian and development assistance toward the achievement of a wide range of Sustainable Development Goals (SDGs).