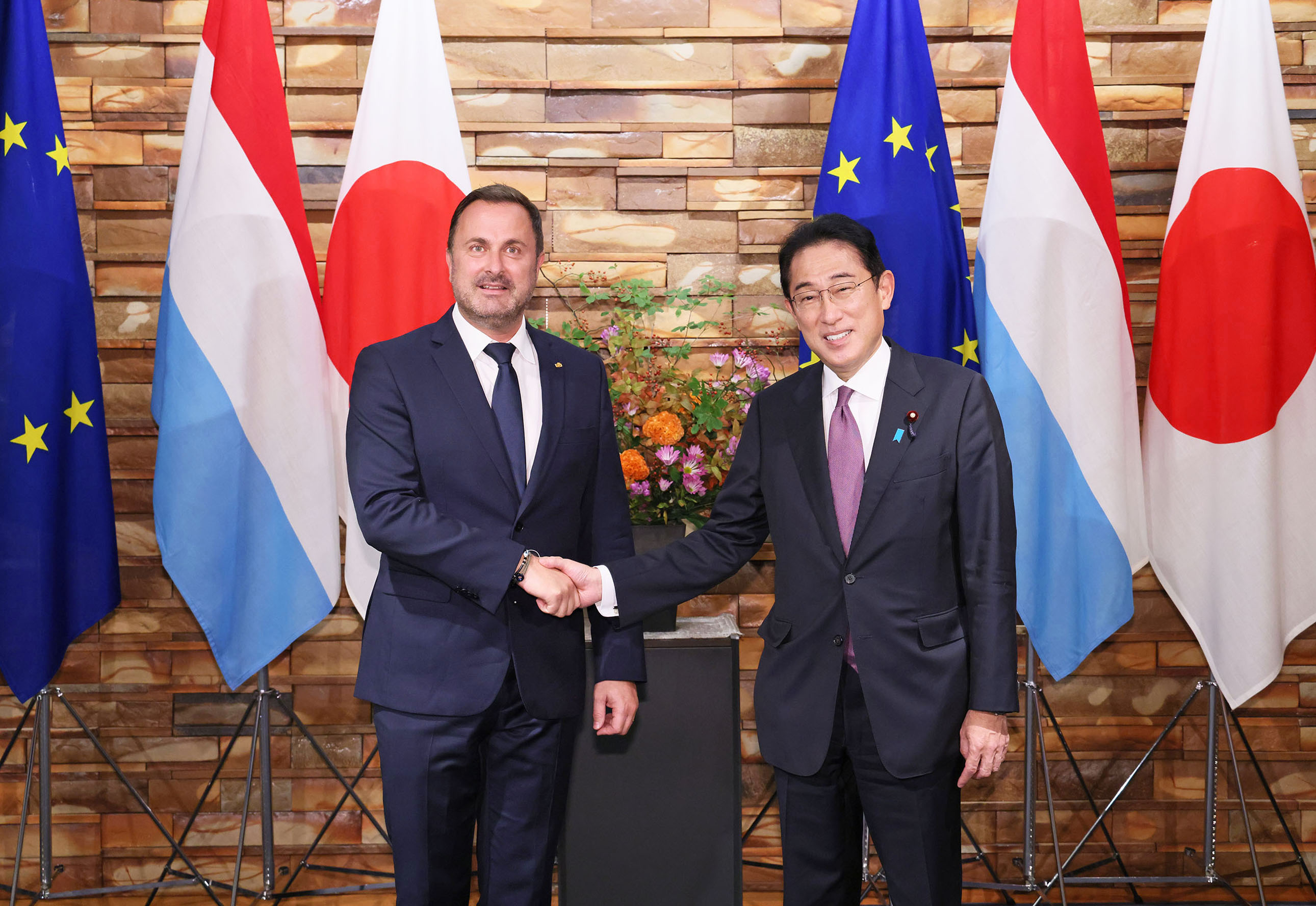 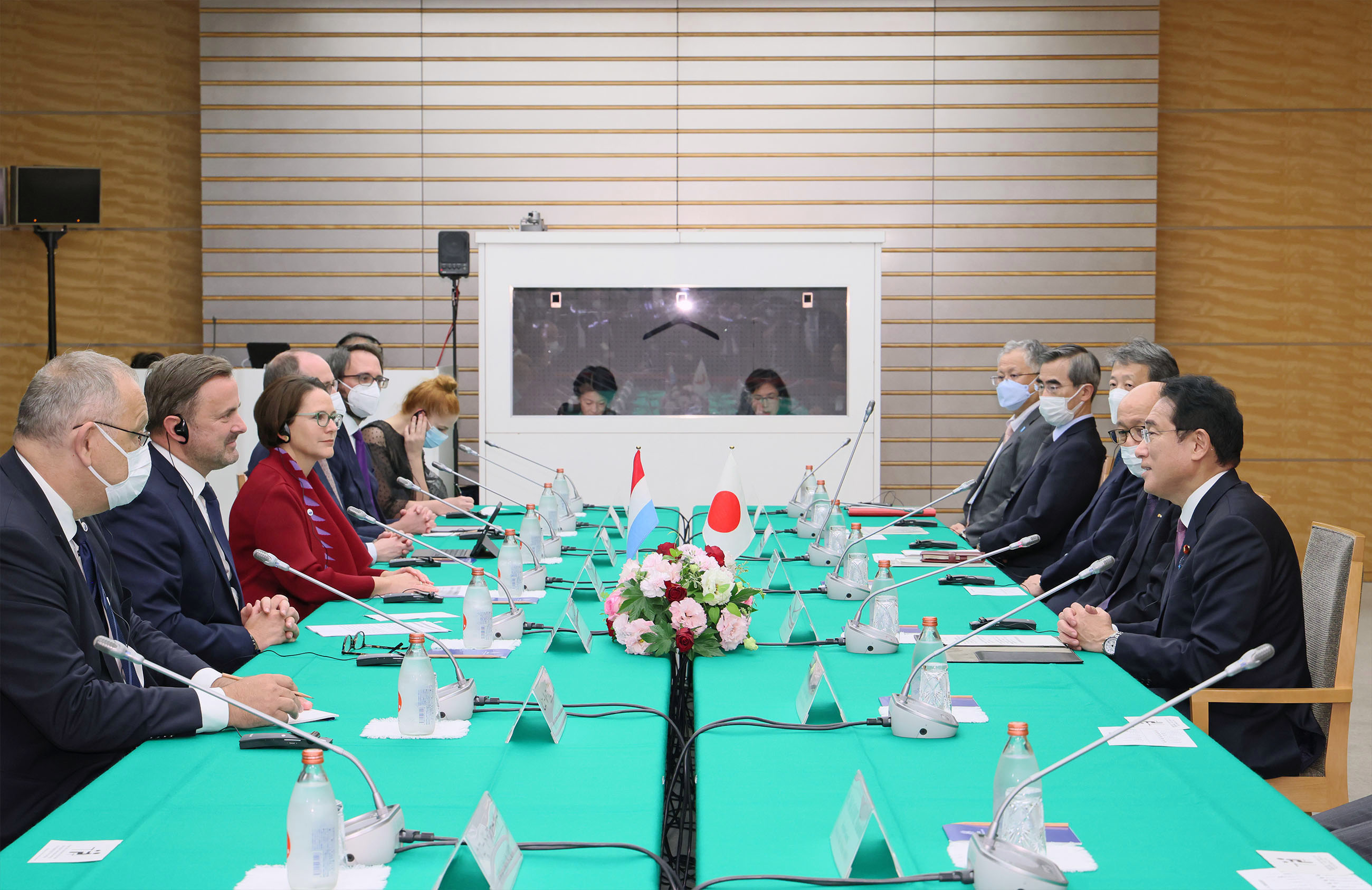 On October 18, commencing at 6:20 p.m. for approximately 45 minutes, Mr. KISHIDA Fumio, Prime Minister of Japan, met with H.E. Mr. Xavier Bettel, Prime Minister of the Grand Duchy of Luxembourg. The overview of the meeting is as follows.

2. Prime Minister Kishida stated that he hoped to strengthen bilateral relations by reinvigorating the cross-border travel that has been disrupted due to COVID-19, and the two leaders concurred to pursue a range of cooperation, including cooperation with startups, to strengthen economic ties between the two countries, especially in space, financial and pharmaceutical sectors. They also concurred to cooperate towards organizing a pavilion of Luxembourg at the 2025 Osaka-Kansai Expo. Prime Minister Kishida requested Luxembourg’s cooperation towards the prompt lifting of import measures by the EU on Japanese food products.

3. The two leaders shared the view, that united response by the international community was critical in addressing Russia’s aggression against Ukraine. Prime Minister Kishida stated that illegal "annexation" by Russia and the recent missile attacks on various parts of Ukraine were in violation of international law, and must never be recognized, and that he strongly condemned them.

4. The two leaders also discussed regional issues including China and North Korea, and strongly condemned ballistic missile launches by North Korea which has been conducted at an extremely high frequency, including the launch of a ballistic missile that passed over Japan on October 4. They confirmed that they would continue to work together in addressing North Korea, including the abductions issue. Prime Minister Kishida stated that the security of Europe and Indo-Pacific is inseparable, and Prime Minister Bettel stated that he highly appreciated the initiative of a “Free and Open Indo-Pacific” promoted by Japan and fully supported the initiative. Both leaders concurred to advance their cooperation toward realizing a “Free and Open Indo-Pacific”.

5. Both leaders affirmed that they would continue to work together toward the realizations of “a world without nuclear weapons” including maintaining and strengthening the NPT regime. The two leaders shared the view on the importance of strengthening the functions of the United Nations, including the Security Council reform.