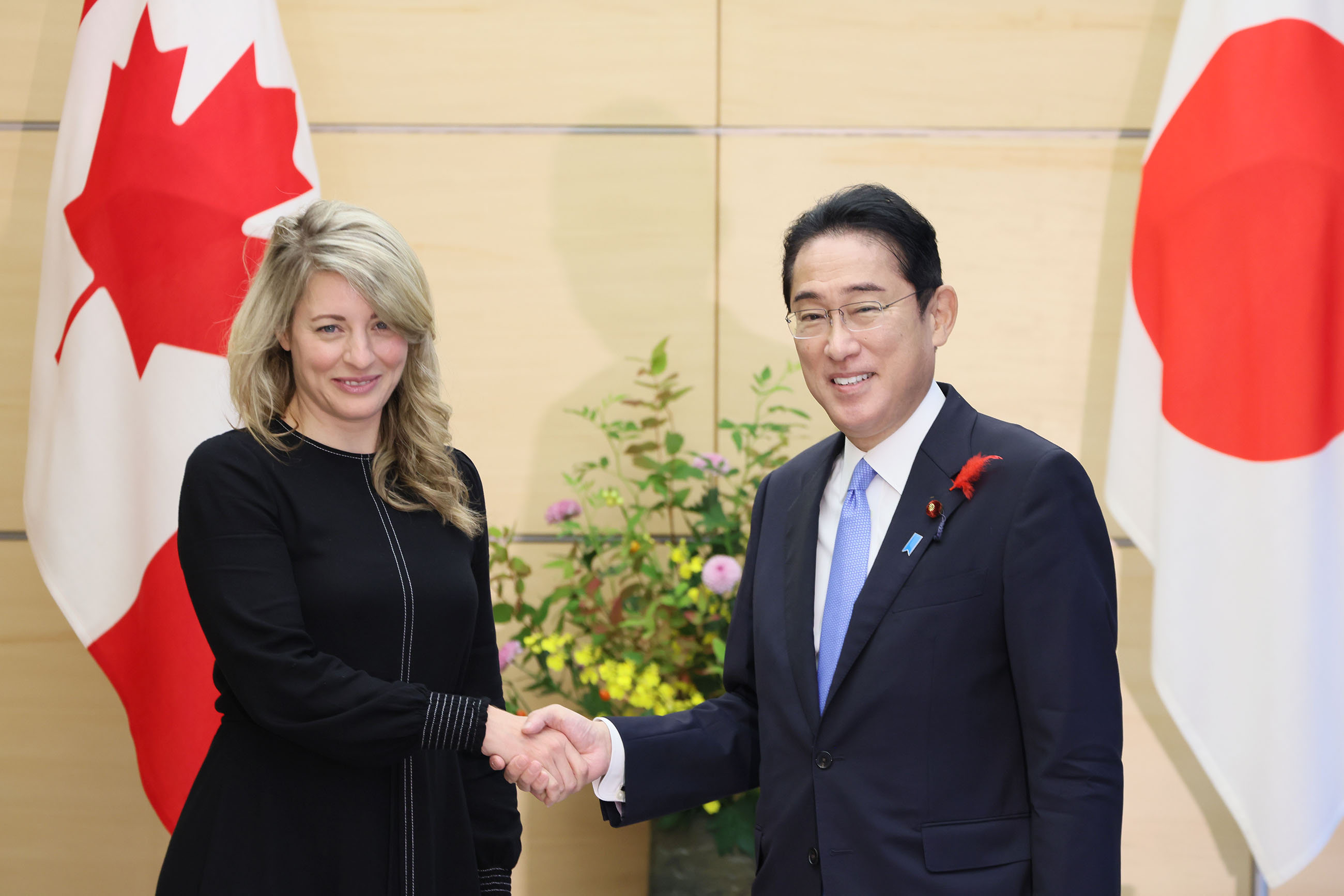 Photograph of the Prime Minister receiving a courtesy call (1) 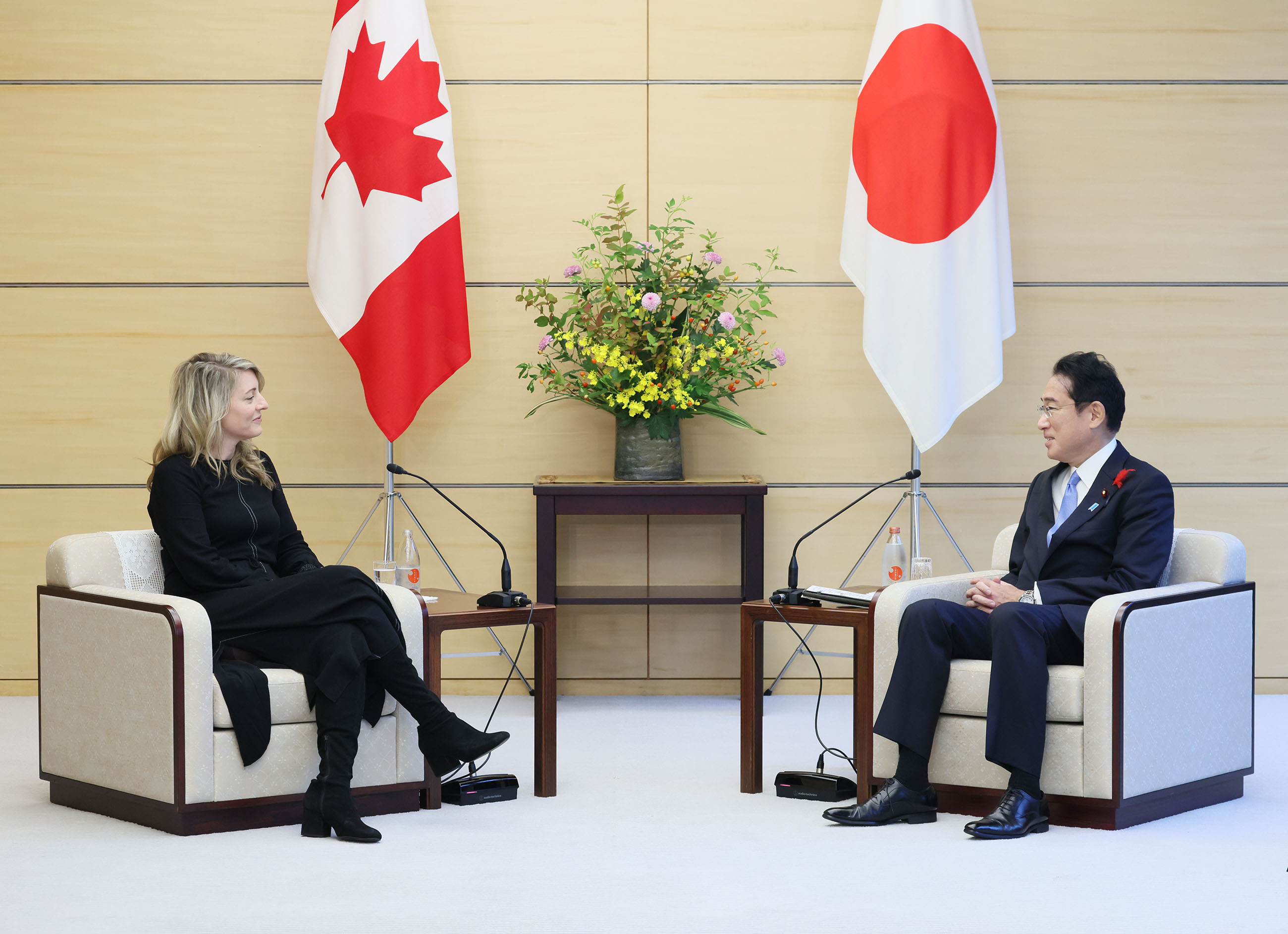 On October 13, commencing at 10:10 a.m., for approximately 20 minutes, Mr. KISHIDA Fumio, Prime Minister of Japan, received a courtesy call from the Honourable Mélanie Joly, Minister of Foreign Affairs of Canada. The overview of the meeting is as follows.

1. At the outset, Prime Minister Kishida welcomed Minister Joly’s first visit to Japan, and stated that as G7 members, Japan and Canada are important partners in the Indo-Pacific region sharing universal values such as freedom, human rights and the rule of law, and will work closely toward realizing a “Free and Open Indo-Pacific.”

2. The two sides exchanged their views on regional issues such as Russia’s aggression against Ukraine, North Korea and China, and confirmed that unilateral attempts to change the status quo by force would not be tolerated in any region, and Japan and Canada would continue to work together in order to defend a free and open international order. From this perspective, Prime Minister Kishida welcomed that Minister Hayashi and Minister Joly announced the Japan-Canada Action Plan for contributing to a free and open Indo-Pacific region.

3. The two sides discussed CPTPP, and concurred to continue close coordination on the agreement while confirming the importance of upholding its high standards.

4. Minister Joly expressed her respect for Prime Minister Kishida’s leadership in the field of nuclear disarmament, and the two sides also confirmed their commitments to deepening their cooperation on the field.

5. The two sides shared the view to continue close coordination between Japan and Canada in a variety of fields toward the success of the G7 Hiroshima Summit next year.